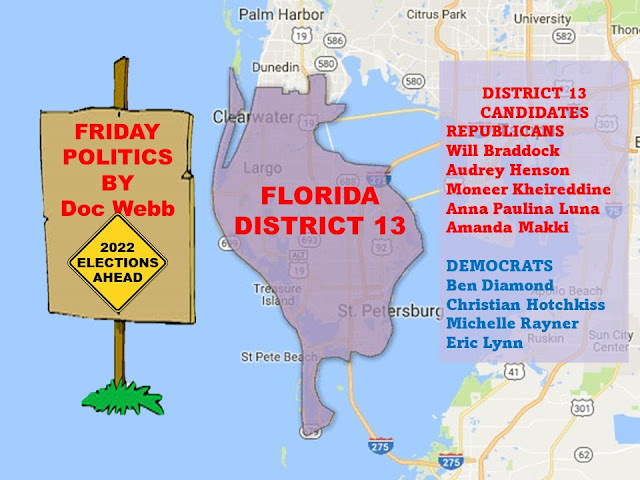 When Charlie Crist decided not to run for reelection in the Florida District 13 U.S. House of Representatives’ race, it opened the door for a floodgate of candidates who would like to replace Charlie Crist in the US House.

If you haven't been following the drama in the Anna Paulina Luna portion of the race, check out these articles:

Luna has become increasingly concerned about comments from conservative activist Aaron Olszewski, and you can't really fault her for that in this day and age where almost anything is possible.

For some background  on Luna Check out Tampa Bay Times By Josh Solomon: The evolution of Anna Paulina Luna, Republican candidate for Congress. This is a good read if you’re thinking about voting for Luna.

It's a bit unfortunate that the Republicans couldn't come up with somebody to run for Crist’s vacated House seat with a little more experience and a little less baggage in their resume. For now, Luna’s problems with a potential stalker and a court hearing are sufficient to keep her name in the media.

The question Republican voters must ask is: do they really want someone like Luna in the US House of Representatives when the margins for control are so close?

In the majority or in the minority, Republican House leadership will have its hands full keeping Luna under control.