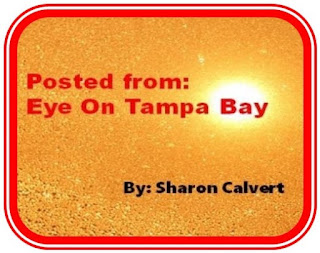 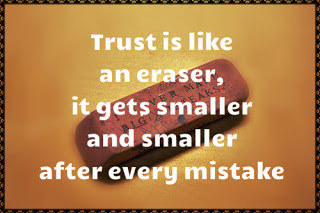 No wonder there's a bad case of Distrust with County Center in Hillsborough.

The effort by the Hillsborough County BOCC and County Administrator to place a second sales tax for transit on the ballot has already begun. Even before returning the $532 million illegally taken in their last attempt, they are planning to place essentially the same $16 billion-dollar 30-year rail tax on the ballot. They plan on using the same lies and pronouncements used in 2018 to get you to give them the money.

One of the biggest lies, which is new this year, is that if you don’t pass the sales tax the roads and sidewalks in the county will turn to dust. If you do not give them $700 million dollars over the next 10 years 20% of the roads in the county will be impassable, traffic lights will stop functioning, children will be walking in traffic without sidewalks and bridges will collapse. All within the next 10 years. This is basically what was told to the BOCC by the County Administration just 2 months ago at a transportation workshop.

How did we get to this point, why is this happening now and who is to blame?

Anyone driving the roads in Hillsborough County knows the condition of the roads and see how they seem to get worse every year. So does the county. They not only knew of the worsening condition in the road network year after year, but they were following BOCC policy.

In response to the Great Recession in 2008 the BOCC adopted a new method of following the paved roadway subset infrastructure condition. The board adopted the Pavement Condition Index (PCI) as the approach to follow the road and bridge transportation infrastructure in the county. The PCI is a system of tracking the pavement condition for the road network in the county and part of the County Pavement Maintenance System (PMS).

Developed in 1982 by the Army Corp of Engineers, the PCI gives a ranking from 0-100 for every road segment in the county which is combined into an overall score for the network. A score of 100 is excellent and given to new roads. A score of 0 is road failure and the road must be replaced. Some groups consider a score of 40, which is poor, as designating a road that is impassable. Collecting this data is how those in county transportation determines which roads need maintenance and keep the roads drivable and in acceptable condition.

But what is acceptable condition in the county? In 2008 the board at behest of the administration declared the county is committed to financing road maintenance to keep the PCI level for the network at fair or >55 on the PCI scale. This was done as a cost containment to maximize efficiency in maintaining our roads. How well did it work?

In 2009 the PCI for the county was 78.4, well into the “Satisfactory” level and close to the highest rating which is good. What happened over the next 13 years? The graft below shows the declining road quality to a level below 62 in 2019. In the last 2 years the Transportation department won’t publish the actual PCI network number. They only state the PCI is greater than 56 which is still in the “fair” category and within county policy.

In 2009 and up until 2014 the road network in Hillsborough County was in a “satisfactory” state of repair. Then in 2015 the bottom fell out, but there was no panic on the part of the BOCC or the Administration. In 2014 the BOCC established a new program in the Transportation department whose sole responsibility was to support a new sales tax referendum called GO Hillsborough.

In 2015 the Transportation department (Public Works) told the transportation planning agency Metropolitan Planning Organization (MPO) and the BOCC they needed $24 million dollars a year to do the road maintenance for the next 25 years and that they currently had a $80 million backlog of maintenance projects. The County was only financing their resurfacing program at $5 million a year.

The County spent over 2 years telling the public there was no money to fix pot holes prepping for the proposed Go Hillsborough (GH) transit sales tax referendum. Still thinking they could get the crony GH tax hike passed, County Administration suddenly told the BOCC and the public the proposed GH transit tax hike was not needed to fund road maintenance.

At an April 4, 2016 transportation meeting, then County Administrator Mike Merrill told us that in the first 10 years of the proposed GO Hillsborough plan the County was allocating $259 million dollars for maintenance, but would require none of the sales tax money. According to Merrill there was enough General Revenues in the budget over the next 10 years to pay for maintenance and enough for the 2nd 10 years.

Thankfully the proposed Go Hillsborough transit sales tax never made the ballot in 2016. With the County admitting they could fund road maintenance for the next 20 years and county revenue's growing at a rapid rate, the County was under pressure to start properly funding County roads again.

In September of 2016 the BOCC voted to establish a new Transportation Financing Policy using the growth of existing county revenues AND implemented a new mobility fee to fund transportation projects resulting from growth in unincorporated Hillsborough. This 10 year transportation plan was to initially raise $600 million above what they were already spending from existing county revenues, including ad valorem property tax revenues. The plan was done over much protest by County Administration who wanted a new sales tax so the other county revenues could be used on graft, waste and pet projects.

County Revenues grew faster than estimated and over the first 2 years, the Transportation plan was increased to $832 million over 10 years. Maintenance was being done, roads and sidewalks were being built but the Administration wanted t

Since 2019 millions of dollars budgeted from ad valorem taxes for transportation, were never spent on transportation. Those millions were spent elsewhere in the county.

With the illegal All For Transportation sales tax money questionable and tied up in court, the County could not spend any of the unlawful AFT tax dollars they were collecting. When the BOCC waived their own transportation policy and eliminated the funded 10 year transportation plan, the BOCC made things worse by removing millions of dollars for road maintenance that was needed more than ever.

In 2019 before the $832 Million transportation funding policy was waived, the County Public Works stated they needed $35 million a year for maintenance. The County at that time was spending $24.5 million a year on maintenance thanks to the BOCC 10 year Transportation Funding Plan. The $35 million number was repeated this past January 2021 to the BOCC by the County Administration but no doomsday scenario was given.

On February 25th 2021 the Florida Supreme Court ruled the All For Transportation Sales Tax illegal. On May 26th 2021 at a Transportation Workshop on Infrastructure Preservation the County Administrator suddenly says the County needs at least $70 million per year for the next 10 years or it is the end of the world. The timing of this new claim coincides with the Tampa-Centric Five commissioners pushing for AFT 2.0 rail tax be put on the 2022 ballot. This begins the orchestration for another massive tax hike referendum next year.

In the space of 6 years the County Administrator has gone from needing $25 million a year for road maintenance and requiring no sales tax money to $70 million dollars a year and millions of dollars in sales tax money.

If this were not so serious it would be laughable. The decline in road quality in Hillsborough County is not just something to watch. It is not just a number on a report. As the road quality declined the cost of driving a car went up. Tires wore out faster, fuel efficiency decreased, car repair costs and breakdowns increased. It is partially responsible for increase commute times and increase crashes. It did not have to occur.

The County wants a massive new sales tax so existing tax revenues can be used on pet projects, graft, bigger bureaucracy, subsidizing cronies or even a new baseball stadium. The County bureaucrats and the Tampa-Centric Five want to leverage taxpayers again with maintenance costs and road conditions they allowed to deteriorate.

The County can fund its transportation NEEDS without a 30 year $16 Billion tax hike. It will take new leadership and holding county commissioners accountable for their own policies.

Why do you think there has never been a referendum solely on rail or transit?

Because the only real leverage they have are the roads you must drive on and they know it.

Posted by Sharon Calvert at 1:24 PM

This post is contributed by EYE ON TAMPA BAY. The views expressed in this post are the blog author and do not necessarily reflect those of the publisher of Bay Post Internet.