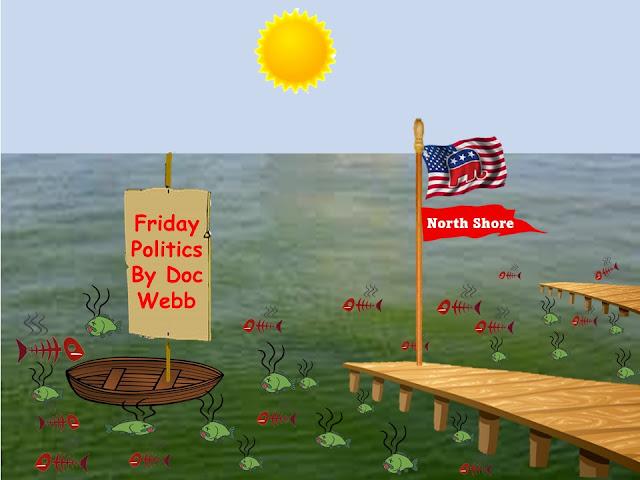 Recently, Saint Pete mayor Rick Kriseman, suffering from a bad case of total frustration with the effects of the red tide on Tampa Bay and especially the north and west quadrant of Tampa Bay, called on Governor Ron DeSantis for more help in dealing with the tons of smelly fish floating up in the North Shore and Shore Acres area and along the coast of Saint Petersburg.

DeSantis, almost immediately replied in a snarky social media post that if the good mayor simply took advantage of the programs available from the state, certain resources were available to assist in the problem.

All of this was a sort of immediate media frenzy in the local media, but quickly subsided in the face of other issues.

However, it does raise some interesting questions.

Was Saint Pete Mayor Rick Kriseman trying to deflect the smell of the dead fish onto Ron DeSantis, and give himself some breathing room while Saint Pete crews cleaned up the fish, or was he just playing some really bad Democrat/Republican politics?

The other interesting question was, did anybody bother to inform Governor DeSantis, that a lot of those dead smelly fish floating under docks and piling up along the shore in northeast Saint Petersburg, were under the docks of the city's bastion of Republican voting?

Somehow, all of this just seemed sort of disingenuous to those people who were smelling the fish and those same people who were trying to figure out who to vote for in the upcoming Saint Pete mayoral election, and perhaps in the not too distant gubernatorial election.

Mayor Kriseman rarely misses an opportunity to take a potshot at the governor, and the governor always proves to be a good target, since his responses are often off the cuff, usually snarky and not necessarily reflective of the position of the office of the governor of the state of Florida.

For now, the hubbub has died down and both the governor, and the mayor are on to new issues. However, memories are long in politics, and you can look for more of this unpleasant series of exchanges, which has been going on now for some time between the Saint Pete mayor and the Florida governor.

I don't think any of this is particularly productive for either the city of Saint Petersburg or the state of Florida.

It just makes both of them look like babbling political idiots.