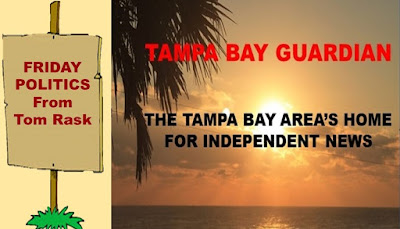 What is to be done with the over $500 million that Hillsborough County unlawfully collected to fund transit? In two separate lawsuits, the county is making contradictory and mutually exclusive arguments.

In the lawsuit brought by County Commissioner Stacy White, the Florida Supreme Court struck down the transit tax because it was unconstitutional and also violated Florida Statutes. That lawsuit continues because the county wants the court to determine what is to be done with the funds collected until the tax was struck down.

In that lawsuit, the county asked the court to establish an extrajudicial “refund procedure” in this court filing last week. Such a position presumes that the funds collected belong to the “local governments” mentioned in the lawsuit and who shared in the revenue.

However, also last week and in response to a different lawsuit involving the same tax, the county wrote in this court filing that “section 213.756(1), Florida Statutes provides in relevant part, ‘Funds collected from a purchaser under the representation that they are taxes provided for under the state revenue laws are state funds from the moment of collection….’” (page 10, paragraph 38). The county even italicized and bold-faced the words “state funds” in its filing.

Which is it: do the unlawfully collected funds at this point belong to the county and other local governments? Or do they belong to the State of Florida?

These two contradictory court filings along with the county’s past failings in this matter raise questions about the quality of the legal work done by the county attorney’s office. How much more in legal fees paid to outside lawyers will this continued bumbling cost the taxpayers?

It is a fundamental principle of law that a person or entity may not reap the rewards of an unlawful act they performed. That principle also applies to government agencies. The fact that the county didn’t first ask if the tax was lawful before collecting it, that mistake created the mess it now finds itself in. It’s time for the county to stop wasting taxpayer money digging itself in to an even deeper hole. 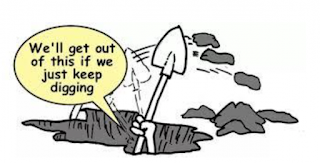