What was Hills. County’s responsibility in unlawful multibillion sales tax? 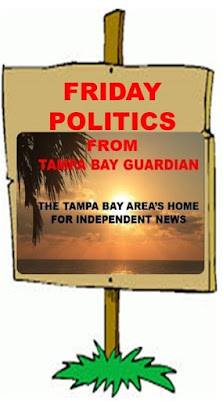 What is a county’s responsibility when a citizen initiative puts a tax increase on the ballot? Hillsborough County may be in the process of finding out the answer to that question. Last week saw a flurry of activity in the matter of the 1% sales tax hike, largely to fund transit. The Florida Supreme Court struck down the tax as unconstitutional on February 25th, over two years since it went in to effect.

”Hillsborough County Commissioner Stacy White was the prevailing party in that case. On Wednesday, the county filed this motion asking the circuit court to “convene a case management conference to hear input form the Clerk, DOR [Florida Department of Revenue] and other affected parties to address a refund process.

Attorney Chris Altenbernd, representing Stacy White, filed this response the next day saying that the county’s “motion should be denied as procedurally unauthorized” and that the county “is seeking to hijack this case to become the plaintiff in an action for declaratory relief.”

Altenbernd wrote 1,400 legal opinions during the 27 years that he was a Florida appeals judge.

In its motion, the county also claimed that the case management conference would include government agencies “and other affected parties.” But Altenbernd responded that “not a single person who paid the tax is a party to this proceeding except for Mr. White….He is not willing to be, and cannot properly be, a class representative for the people who paid this tax.”

Which brings us to the other legal action last week. This class action lawsuit was filed in Leon County against DOR and the county on Tuesday seeking “a permanent injunction against further administration, collection, and enforcement of the Surtax” on the grounds of its unconstitutionality. 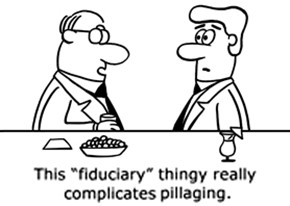 All this legal wrangling will certainly cost the taxpayers of Hillsborough County a lot of money, but it also raises the question: what legal responsibilities did Hillsborough County’s have in this citizen ballot initiative? Note that the tax referendum was placed on the ballot through citizen initiative, not county commission action.


Simply put, the county has a fiduciary duty to citizens to only take lawful action, to take no action in support of unlawful action, and to protect taxpayers from any unlawful actions. All For Transportation (AFT), the campaign in favor of the tax backed by Lightning owner Jeff Vinik, publicly represented that it had obtained independent legal opinions that their tax was constitutional. But that turned out be a lie. In the discovery phase of White’s lawsuit, AFT was unable to produce any such written opinion from any independent lawyer or scholar. Since the county was a party to the lawsuit, they therefore knew at that point that AFT had lied about that aspect.

“The County apparently relied upon that assurance [from AFT] to levy the tax rather than to ask this Court to delay its collection,” Altenbernd wrote in his motion. “If anything, the County should seek to obtain reimbursement from these entities for the expenses that they have caused the County in this matter.”

Whether the county would ask reimbursement from AFT  for the expenses it has incurred in this AFT-created mess is unclear.  We will ask the county commissioners and report back to you, just as we will let you know if the county obtained its own legal opinion on this tax.