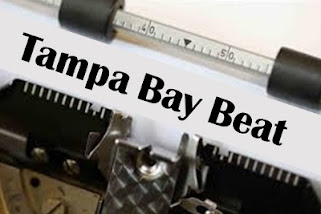 You’ll have to indulge key Republican operatives who are salivating and rubbing their hands in anticipation of a  Florida Democratic Party led by former Miami Mayor Manny Diaz.

The FDP is in ashes following its 2020 debacle under the impotent leadership of Terrie Rizzo.  The Palm Beach politico is expected to either step down gracefully or be shoved out the door after two miserable election cycles for Florida Democrats. 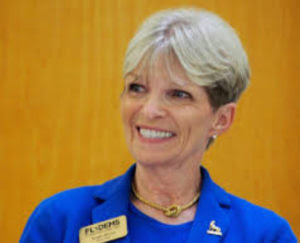 Rizzo has  Mastered the camera not winning elections
An FDP led by Diaz would transform a 2022 turnaround opportunity into a third decade of Democrat torture at the polls. Let’s review the bidding on Rizzo’s tenure before discussing Diaz, a shopworn, out-of-touch elitist.

Under Rizzo’s bungling, incumbent Congresswomen Donna Shalala and Debbie -Mucarsel-Powell lost while Dems failed to pick up two vulnerable Republican seats.  Democrats were also stymied in their bid to flip three Florida Senate seats which would have erased their 23-17 deficit in the upper chamber.  The party lost five seats in the Florida House, completing the thrashing.

In an incredibly destructive move, Rizzo and FDP Executive Director Juan Peñalosa over the summer signed off on the application and acceptance of at least $780,000 in small business loans from the federal government’s Paycheck Protection Program (PPP).  The illegal transaction came to light after the names of the recipients were published.  The FDP returned the money but the damage was irreparable.

Small businnesses that were shut out of the program harbored resentment and the Republican Party of Florida had a field day.  Every Democratic candidate for the Florida Legislature was forced to play defense up to election day as Republucan attack ads, false but effective, accused them of using PPP funds to win an election.

In total, the Rizzo-Peñalosa blunder cost Democratic candidates millions to defend against the charges. The pair came under heavy criticism from Democrat lawmakers.

State Sen. Jason Pizzo, rumored to be preparing a statewide run in 2022, asserted, “Forget the legality for just a second and consider what should have been a huge ethical dilemma.  They are taking financial resources from someone who might have food or housing insecurity in the middle of a pandemic. I don’t know who possibly thought that was a good idea.”

The Rizzo-led Democrats took a shellacking in  2018 as well when they lost four of five statewide races including sitting U. S. Sen. Bill Nelson.  Andrew Gillum lost the governorship by a hair as loyalists of Gwen Graham, his chief primary opponent, permeated the party apparatus.

A continuation of the Rizzo regime would demoralize political activists as well as grass roots Democrats.  The state party has virtually ignored its backbone: people of color.  After the twin 2018-2020 disasters, good luck finding volunteers and donors with Rizzo still at the helm.

Now for Diaz who is selling himself as a rainmaker with national connections. He’s got the endorsement of  Mike Bloomberg, a putative Democrat who is not a Floridian.

Diaz, who served as mayor of Miami from 2001-2009, says he can bolster state Democrat coffers but adds nothing else to his portfolio. No mention as to his involvement in helping candidates in Miami-Dade let alone statewide.  He’s 66 and hobnobs with the one percent—the antithesis of what the FDP needs to inspire young voters and older progressives.

The money-driven Perez parted company with 45 over the border wall.  Perez wanted to build condos in Mexico.

Bloomberg proved there is more to winning elections than throwing money around.  He could begin with himself and the Democrat presidential primary. After spending $1 billion, Bloomberg didn’t come within a parsec of defeating Joe Biden.

Then Bloomberg pumped $100 million into Florida to help Biden win the state.  We know the shameful result; we don’t know whom the largesse was funneled to or how it was spent.

These are the personalities that would lead Florida Democrats further into the wilderness, squandering an opportunity to knock off two vulnerable Republican incumbents, Gov. Ron DeSantis and Sen. Marco Rubio, in 2022.