An Accurate Census? Don’t Count on It! 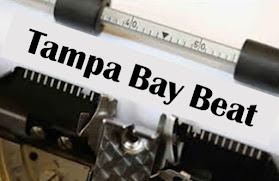 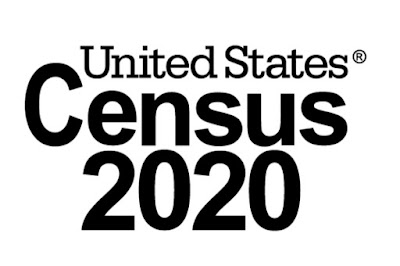 Every ten years the public is reminded, through news reports, commentary, and public service announcements just how important census-inspired statistics are to our economic well being and representative government.

Political districts at the federal, state, and local levels are drawn based on population data. Without an accurate count, it is impossible to ensure that citizens’ votes will have the same weight.

The results of the census are also used for federal funding: more money goes to places where more people live. And knowing who lives where and how the population is changing is also critical for long-term planning as states, counties, and municipalities try to make informed decisions about where to invest in services like schools, roads, transportation systems, and other infrastructure needs.

What is occurring with the 2020 Census is more than disturbing.

I worked for the U. S. Census in 2010.  I attempted to work for them in 2020. The country went from the Information Age to the New Stone Age in only a decade.

Ten years ago, I was an enumerator going door to door in various neighborhoods, meeting residents, and collecting census information.  Communication between myself and my supervisor could not have been better.  Reports were delivered and approved in a timely fashion.

The interviewees, for the most part, were amenable and forthright.  I found myself vaulting a chain link fence only once from a snarling  Rottweiler turned loose by an angry, unreceptive owner.

In 2020, I signed on to be a Post Enumerator Supervisor overseeing census workers making followup household interviews.  The census operation compared to 2010 could not be more stark: silk versus chaos.

The three-hour in-person orientation at the outset represented the high point of my experience and it wasn’t all that perfect.  The group received government-issued, pre-programmed computers, accessories, and a large plastic bag chock full of notepaper, ID signs for autos, a pen, Sharpies, and other miscellaneous materials.

All attendees took an oath not to reveal any information about individual respondents under penalty of prison time and a $250,000 fine. I don’t know about the rest of the trainees but I never came close to seeing any of that information.

Due to COVID, we were confined for the remainder of training to learning from programs on the government-issued computer at home.  Trainees were limited to 22 additional hours of such computer time, likely ample if the computer programs worked properly.  The amount of time spent on the computer due to crashed programs and not being credited for passing the various courses ran easily 5-6 hours.  A convoluted login process, unnecessary by any rational view, added to the consternation.

Posted on the internet in February: 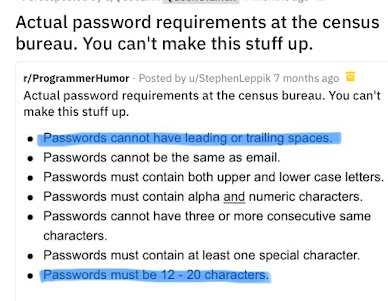 The (non) issuance of ID badges, critical in conveying credibility to interviewees, was an adventure that deserves its own article. Suffice to say, many trainees not only complained about not receiving them (I was privy to group emails), arrangements to obtain them were vague, impractical, expensive, or all of the above.  For me, a 300-mile roundtrip (@ 58 cents a mile plus my hourly rate) was actually proposed by one supervisor.

After 3 weeks, I lost confidence in my employer to make order out of obvious chaos.  Other trainees faced the same barriers but I don’t know how many opted to resign or wait for Godot.

But it doesn’t take much to see that the problems of a few little people don’t amount to a hill of beans in this crazy world. The ramifications of delays, ineptitude, and the alphabet soup procedures could be far-reaching.

Last week it was revealed in Washington that internal Census documents acknowledged serious errors will occur because the Census Bureau is rushing the process. Right now, the Census Bureau plans to end the count one month early and cut data processing by two months.

The victims of any undercount: rural areas and communities of color.

Dozens of critical social services, education, and infrastructure programs depend on census-guided federal grants that provide many billions of dollars to states and local areas each year.

Participation in the census—or lack of—therefore has real fiscal consequences.

This post is contributed by Tampa Bay Beat. The views and opinions expressed in this post are the author's and do not necessarily reflect those of Bay Post Internet or the publisher