Make Sure Your Vote Counts in November 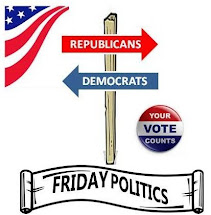 If events leading up to 2020’s historic election tell Floridians anything, it is that voter suppression is highest on the agenda of powerful politicians, especially in presidential battleground states.

Florida, with its 29 electoral votes, provides a rich, inviting target.

From the ditching of sorting machines to delivery slowdowns by the United States Postal Service and the decimation of early voting locations and hours, Florida residents are concerned that their ballots might not be counted on Nov. 3.

Two big problems loom: hours-long waits at the polls and a shortage of poll workers.

But, with some planning,  there are steps registered voters can take to ensure they will not become disenfranchised, according to national expert and former Leon County Supervisor of Elections Ion Sancho.

Serving from 1989 until his retirement in 2016, Sancho was the first Florida election official to attain national certification in 1996 (Certified Elections Registration Official, the Election Center). In 2008, the Leon County Supervisor of Elections Office received the National Freedom Award for outstanding innovations in the field of elections.

Unlike other populous states, Florida gives voters a wide berth in casting a ballot.  Most counties in the Sunshine State have drop boxes for ballots at every Early Voting site, Sancho explained.  He noted Leon County with 212,000 on the voting rolls has ten drop boxes while Cleveland with 860,000 registered has one.

Wisconsin abolished vote by mail for its primary held in April and chaos ensued. That won’t happen in Florida but Floridians should be engaged and vigilant, Sancho said.  He offered some key strategies in making your vote count.

First, every voter should opt in as early as possible to receiving a mail-in ballot from their county Supervisor of Elections.  The ballot should be completed, signed and dated.  If that ballot cannot be mailed at least two weeks prior to Election Day, Sancho advises citizens to participate in Early Voting—either by dropbox or inside the site—or vote at the polls on Nov. 3.

This is important: if you receive a mail-in ballot but for one reason or another decide on voting in person, take that mail-in ballot to the polling location. The sealed ballot will recorded as void and remain unopened since you chose to vote in person.

Sancho notes that ballots cast by mail or through Early Voting are the first ones counted and processed.

In Hillsborough County there were 24 Early Voting sites designated by Supervisor of Elections Craig Latimer.  There will be at least that many for the General Election, Latimer’s Chief Communications Officer Gerri Kramer told Tampa Bay Beat.  On Election Day, there will be a dropbox available to voters at the Supervisor’s office on Falkenburg Road.

Recruiting poll workers for the general election is another way to prevent compromising voter participation and ensuring the integrity of the process, according to Sancho.  He pointed out that his home county has a ready cadré of college students from Florida A & M and Florida State willing to participate in poll worker training.

In Hillsborough, Latimer’s office reported that close to 1,600 citizens worked the polls in Tuesday’s primary.  Kramer said as many as 2,000 could be trained and working in November if need be.

The Hillsborough County Supervisor of Elections has a webpage devoted to requirements for becoming a poll worker.  Training begins in September.