CONFIRMED: airport violated own policy in hiring Cintron for $223,000

Posted by TBG2016 on APRIL 14, 2020
It isn’t often that a position paying $223,000 per year opens up at the Hillsborough County Aviation Authority (HCAA), a public agency using public funds. Yet the HCAA didn’t post that highly paid opening for the job as Vice President of Communications on Taleo, where it normally posts jobs. 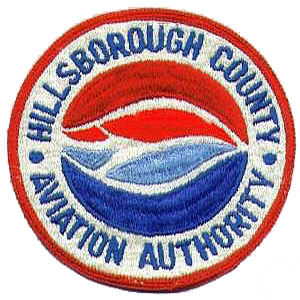 The HCAA, which operates Tampa Airport, then hired Bay News 9’s weekday evening newscast anchor Veronica Cintron for the position. Cintron is slated to start work this coming Monday, April 20th.
Did we mention that this government agency that is the HCAA didn’t advertise this lucrative job? Did we mention that the job pays $223,000 per year? Plus benefits that most people in the private sector only can dream of.
According to Cintron’s offer letter, her job benefits include “Health, Dental and Vision Insurance offered through the Authority at generously discounted rates” and a “generous Uni-Leave plan which provides you paid time off of 184 hours in the first year [4 weeks and 3 days] and increases based on seniority.”
All that in addition to the “nine paid holidays observed by the Authority” and “onsite fitness facilities, free of charge.”
All in all, it sounds like a very desirable position. It makes you wonder what highly qualified candidates might have applied had the HCAA advertised the position.

According to the bio she submitted to HCAA, Cintron has been anchoring Bay News 9’s weekday evening newscasts for 10 years. Cintron is married to Preston Rudie, communications director for then Congressman David Jolly from 2014-2017.
Last weekend, the financially failing Tampa Bay Times published this puff-piece about the hiring of Cintron. The article didn’t report Cintron’s salary, but did report that “the airport approached Cintron with the job.” However, the HCAA claims to have no records (e-mails, phone logs, etc.) of that “approach.”
We asked Veronica Cintron via phone and text who had approached her. At the time of publication of this article, Cintron had not responded to that question and other questions we had asked.
The Tampa Bay Guardian is going to dig in to this matter further. We  already have reason to expect that we will find many more irregularities. Stay tuned.
As always….the Guardian reports and our readers decide. Like our Facebook page to find out when we publish articles.
CONFIRMED: airport violated own policy in hiring Cintron for $223,000
Posted by TBG2016 on APRIL 16, 2020
Tampa International Airport (TPA) violated its own hiring procedure in at least two ways when it hired former Bay News 9 news anchor Veronica Cintron for $223,000 per year.
Cintron’s husband is Preston Rudie, founder and CEO of Catalyst Communications Group. The company says it has “strong relationships with officials at the local, state and federal level” in its Government Affairs business segment. 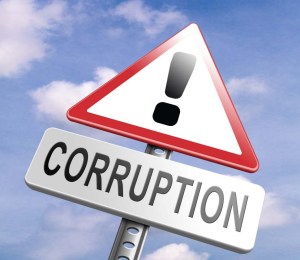 TPA is operated by the Hillsborough County Aviation Authority (HCAA). The HCCA’s  “Standard Procedure S631.01” with the title “Hiring Pocedures” states that “when a department wishes to fill a vacant position, an email request should be submitted to Human Resources [HR] to initiate a recruitment through Taleo and/or with professional organizations.”
None of those actions were taken: no e-mail was sent to HR to initiate recruitment, and no recruitment through the Taleo job website or with professional organizations was carried out. These facts were confirmed through a public records request to HCAA.
As reported in our initial article about this scandal,  the position was also not advertised in any other way not mentioned in the hiring procedure.
The HCAA’s failure to follow their own hiring procedure occurred even though the HCAA itself reviewed and revised their hiring procedure nine months to the day before the date of Cintron’s hiring.
A 2018 State of Florida Auditor General report found that “salary surveys analyzed by the consultant did not contain data exclusive to airport authorities….. and the consultant only obtained salary data from one peer airport.” The report was critical of the methodology for setting executive salaries at the airport, and of the lack of transparency.
A follow-up audit 14 months later in 2020 found that the HCAA “had not corrected” the problem.  The report concluded that the HCAA “did not demonstrate why the seven selected entities were comparable or useful for salary analysis purposes.”
The Guardian contacted to Cintron  to ask her about her hiring. We asked her:
1/ Do you feel comfortable taking a $223,000 a year job with a public agency that violated its own policy in hiring you?
2/ Who approached you for the job? Was it by phone or e-mail? What did they tell you?
Cintron did not respond, despite being contacted via text message and e-mail multiple times during a 50 hour period.
The HCAA’s hiring procedure is only 309 words long, or just under half the length of this article. It shouldn’t have been hard to adhere to.
The HCAA’s failure to follow procedure might also prove to be expensive.
“An organization that fails to follow HR policy leaves itself vulnerable to lawsuits by disgruntled employees,” said Judith Cushman, President of Seattle-based recruiting firm Judith Cushman & Associates. Cushman has 40 years experience in the highly specialized field of filling Corporate Communications and related posts nationally. Cintron’s position is in exactly that field.

“There is also the possibility that a candidate may suspect there is bias involved in the lack of openness to avoid considering him/her for the job due to race, gender and/or disability,” Cushman said. “All of these consequences can be costly if lawsuits are filed. That is why following established policy is so important.”
“That is a very attractive salary and the job must be very important if that is the offer,” Cushman said about the compensation package. “I also expect that there would be several candidates who would be interested in applying if the position was announced both internally and externally, the latter only after any internal candidates had been considered first.”
The Tampa Bay Guardian will continue to investigate this matter. In our initial article about this scandal we said “we already have reason to expect that we will find many more irregularities.”
In this article, we showed one such irregularity. We expect to find many more, so stay tuned.
As always….the Guardian reports and our readers decide. Like our Facebook page to find out when we publish articles.
READ THIS POST AT: Tampa Bay Guardian
This post is contributed by the Tampa Bay Guardian. The views expressed in this post are the author's and do not necessarily reflect those of the publisher of Bay Post Internet or any publications, blogs or social media pages where it may appear.
Cross Posted with permission from: Tampa Bay Guardian