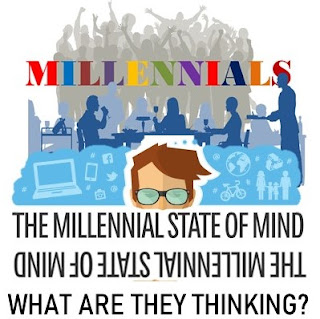 Tampa Bay, Fl
Opinion by: E. Eugene Webb PhD
Author:  In Search of Robin  So You Want to Blog.

I have been watching American Idol recently. This year’s round of contestants is mostly populated by those you would consider millennials.

I like the millennials. I find them interesting, differently focused and a bit weird. Actually, I have four grandchildren to fall into the general category of the millennial generation, and I must say they’re typical in their reactions and responses to life.

This year as I watched American Idol gradually unfold, and especially through this most-recent round where the large group is reduced to 40 contestants, what I found interesting is how the millennials respond to advice.

Over and over again the three hosts of the show, Lionel Richie, Katie Perry and Luke Bryon, all seasoned veterans of the entertainment business, prompt them, coach them and encourage them not to focus on music that they have written themselves.

And it turns out, they are actually in charge of their fate. They just follow their heart and get kicked off the show.

This is the same thing that you see in the millennial generation when it comes to working and jobs.

I don’t want to be told what to do. They don’t want to follow the rules. They always think they have a better idea, and if you don’t agree with them, they either pout or leave.  Try to push them into conformance, and they literally rebel.

They would rather sit in their parent’s basement playing video games online than put forth the necessary effort to work in a cooperative work environment.

The overriding tendency seems to be summed up in the simple phrase don’t tell me what to do.

All of this creates the enormous problems for the millennials in the workplace.

They often move from job to job longing for that job where there’s no supervisor, no specific time to be at work, no amount of work to produce, no responsibility for anything they do and generally the result is the same as that for those on American Idol. They get booted off the show.

I’m not sure where we went wrong. I don’t really know why this generation turned out this way.

Some blame social media: I think that’s a cop out. I have a tendency to believe it’s more the result of absentee parenting and smart phone babysitting.

I also think our educational system bears a great deal of responsibility for the quality of the millennium workforce.

Letting no one fail, making sure everyone gets a gold star. Moving kids to private schools where more emphasis is put on behaviors than on true education and always asking, requesting and pleading that they do what you want them to do, the educational system has totally failed the millennials.

Now, let me be quick to add that not the entire millennial generation falls into this category.

There are a lot of millennials that are hard-working, focused, dedicated and committed to doing the very best job they can do in the circumstance, they find themselves. They are, in this generation, the minority.

So if you are one of those hard-working millennials that gets up every day to go to work and put up with your contemporaries who show up late, leave early put the blame for everything that goes wrong on someone else and rarely produce anything useful, you have my deepest regrets.

The real problem here is there’s no solution to the millennial madness. The reality is the majority of the millennials will drift through life bouncing around from job to job and end up with nothing or very little to show for their lives.

It’s a sad commentary on this generation, but there’s no fix, no magic bullet, no pill they are what they are.