With things, really rolling along Michael Bloomberg (Mike) is starting to rear his head in the primary polls.
The Democratic Party is in near shambles as the candidates rip each other to shreds.
Sanders won the New Hampshire primary, though he splits the delegates with Pete Buttigieg.
It is starting to look like no one will win a majority of the pledged delegates to the Party convention leading to what is called a “contested or brokered convention."
Democratic delegates are pledged to certain candidates based on the results of primaries and caucuses. But they are not actually legally bound to vote for them, even on the first ballot. All of which could lead to a lot of wheeling and dealing even on the first ballot.
Conventional thinking goes like this. Sanders cannot beat Trump; Buttigieg cannot beat Trump.
Bloomberg may or may not be able to beat Trump, but with Mike as the presidential nominee, the Party could focus its financial support on down ballot candidates and possibly render a Trump victory useless because of complete control of Congress.
The other looming issue is what will Sanders do if he is denied the nomination?
Given Bernie’s age this is likely his last run as a socialist democrat on the national stage. He has no heir apparent.
Bernie has built an enormous coalition over the last few years, and I don’t think he is willing to let it all go for naught without giving his supporters a chance to vote for him for president.
Should Bloomberg get the Democratic nomination and Bernie runs as a third-party candidate, he will be running as much against Bloomberg as he is against Trump.
Trump wins. 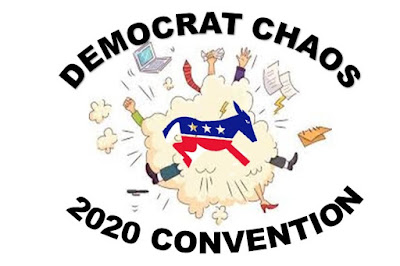 The National Democratic Party could be facing a chaotic convention where the conflict between moderates, progressives and out right socialists plays out on the national stage with the media, both social and conventional, having a field day.
I am not sure Bloomberg is ready to deal with that problem, and I don’t see him as much of a party unifying force even with all the money.
Bloomberg is the logical choice at this point to challenge Trump, but the ensuing chaos and a possible fatal fractious split of the Democratic Party may not be worth it.
At this point, Bloomberg has pledged to support down ballot candidates, even if he does not win the Party’s nomination. If the Party steals it from him on a technicality, my guess is his pledge might soften.
Add to all of that President Trump’s ever presence Tweeting, and we could be in for quite a show.
For a good overview of the Democratic Party nomination process, check out the January 2020 article from FiveThirtyEight What are the Chances of a Brokered Convention by Nate Silver.
E-mail Doc at mail to: dr.gwebb@yahoo.com or send me a Facebook (E. Eugene Webb) Friend request. Like or share on Facebook and follow me on TWITTER  @DOC ON THE BAY.
See Doc's Photo Gallery at Bay Post Photos.
Disclosures: