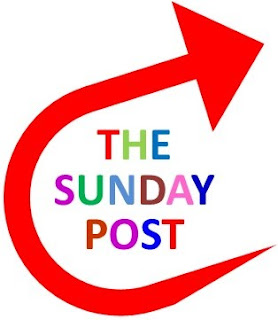 Mayor Kriseman has set out to make some serious changes to improve the lives of those living in the Housing Authority properties.

Tampa Bay, Fl
Opinion by: E. Eugene Webb PhD
Author: In Search of Robin, So You Want to Blog.
It just seems like the St. Pete Housing Authority cannot get its act together. In the latest episode, St. Pete Mayor Rick Kriseman is calling for the removal of three of the Housing Authority Board Members, including the board Chairman Harry Harvey, and board members Delphinia Davis and Ann Sheman White.
Mayor Kriseman recently decided not to reappoint Board Members Jo Ann Nesbitt and Basha P. Jordan Jr.
For good insight into the St. Pete Housing Authority and its issue's check out, this article and the links it contains from Tampa Bay Times by Christopher O’Donnell   Mayor Rick Kriseman, St. Pete Housing Authority on legal collision course. Note the Times no has a pay wall so unless you subscribe you may not be able to see the whole article.
You can also check out a Post in Florida Politics by Janelle Irwin: Embattled St. Petersburg Housing Authority sues Rick Kriseman over potential board member removal. No Pay Wall here.
The St. Pete Housing Authority has a long and often troubled history. To his credit, Mayor Kriseman has and continues to replace Board Members who’s self-serving interests frequently out weigh the mission of the housing authority.
These latest legal moves by the Authority Board are more of an effort to protect turf than to serve their constituents.
For example, see Christopher O’Donnell Tampa Bay Times article: St. Petersburg housing agency board approved pay raise for CEO without reviewing his evaluation.
The final word on the removal of board members Delphinia Davis and Ann Sherman White will come at the City Council meeting on May 16 barring some last-minute political maneuvering.
In the past City Council and previous administrations have spent too much time worrying about the ethnic make-up of the housing authority and not enough time focusing on the ability, willingness to participate and the capability of those being elected for Board and leadership positions.
This is a difficult set of problems but Mayor Kriseman has set out to make some serious changes to improve the lives of those living in the Housing Authority properties. He deserves the support of City Council.
E-mail Doc at mail to: dr.gwebb@yahoo.com or send me a Facebook (E. Eugene Webb) Friend request. Like or share on Facebook and follow me on TWITTER  @DOC ON THE BAY.
See Doc's Photo Gallery at Bay Post Photos.
Disclosures: