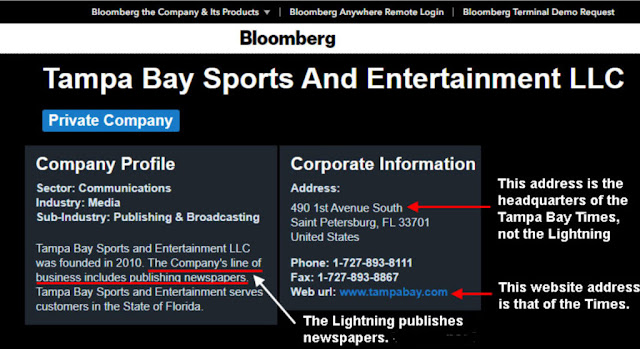 By Jim Bleyer
Jeff Vinik, through Tampa Bay Sports and Entertainment LLC, owns the major interest in the Tampa Bay Times, according to corporate records obtained by Tampa Bay Beat from Bloomberg, the world’s primary distributor of financial data.
It accounts for the Times’ sheer, unfettered promotion of all Vinik enterprises including the Tampa Bay Lightning hockey team,  obfuscation of his role in meddling with Tampa’s Museum of Science and Industry, and the deliberate withholding of facts surrounding the new one percent sales tax for transit in Hillsborough County—a gargantuan financial windfall for Vinik. 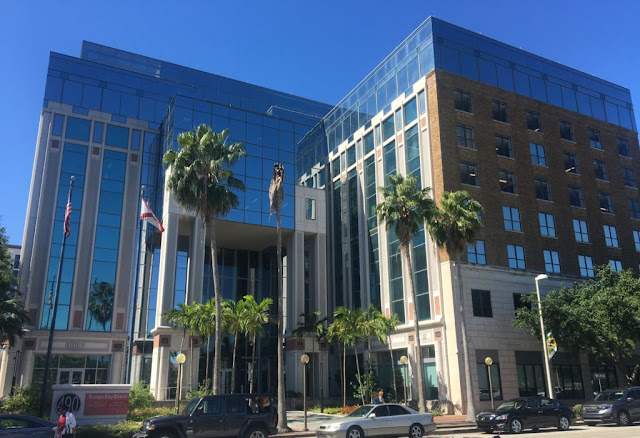 The Times building in downtown St. Petersburg
Those are merely the lowlights by the Times’ unreported or underreported Vinik misadventures since he arrived in Tampa nine years ago.
Bloomberg’s company profile of Vinik’s Tampa Bay Sports and Entertainment LLC lists 490 1st Ave. S., St. Petersburg as its address.  On that property is the eight-story Tampa Bay Times building.  Tampa Bay Sports and Entertainment does not maintain its offices there.
Brittany Tefteller, manager for Lincoln Property Company who owns the building, told Tampa Bay Beat that the Times occupies four floors and there are two other tenants, neither of which is Tampa Bay Sports and Entertainment.   Several thousand square feet not only remain vacant but the future of one of the current tenants is murky.
The Penny Hoarder, announced layoffs last month.  A finance publication geared to Millennials,  the Penny Hoarder received state incentives in 2018 to create 165 positions by 2020. It is not close to that number while the staff dwindles.
The space occupied by the Penny Hoarder will either diminish or disappear.
And the telephone number listed for TBSE?  It is the main number of the Times.  Callers are directed to advertising, home delivery, news and human resources.  The hockey team and Vinik aren’t options.
TBSE’s  line of business “includes publishing newspapers,” according to Bloomberg.  Nothing else.
Tampa Bay residents have been under the impression that Tampa Bay Sports and Entertainment included owning the Lightning, booking events at Amalie Arena, and operating concessions—not publishing newspapers.
(Vinik’s Strategic Property Partners is the company developing Water Street Tampa in the city’s Channelside district.)
Bloomberg rates as the foremost gatherer of business data and analytics in the world.
The Vinik-Times quid pro quo relationship and deception could prick the ears of the Internal Revenue Service, professional newspaper organizations, and law enforcement authorities.
Subterfuge and lack of ethics by the Times regarding its ownership has been stunning.  One would expect a former hedge fund manager such as Vinik, to bob, weave, fudge, and practice deceit.  Newspapers are perceived as more trustworthy entities.
The Society of Professional Journalists Code of Ethics includes:
— Avoid conflicts of interest, real or perceived.
— Remain free of associations that may compromise integrity or damage credibility.
— Disclose unavoidable conflicts.
— Be vigilant and courageous about holding those with power accountable.
— Distinguish between advocacy and news reporting.  Analysis and commentary should be labeled and not misrepresent fact or context.
— Recognize a special obligation to ensure that the public’s business is conducted in the open and that government records are open to inspection.
The Times’ lack of adherence to the SPJ code amounts to a monumental fail.
Just exactly how long Vinik has been calling the shots at the Times is unclear. Publisher Paul Tash announced on June 30, 2016 that 10 to 12 wealthy business people poured $1.5 million each into the financially-troubled paper.  Tash called them “investors” without revealing all their names including Vinik’s. 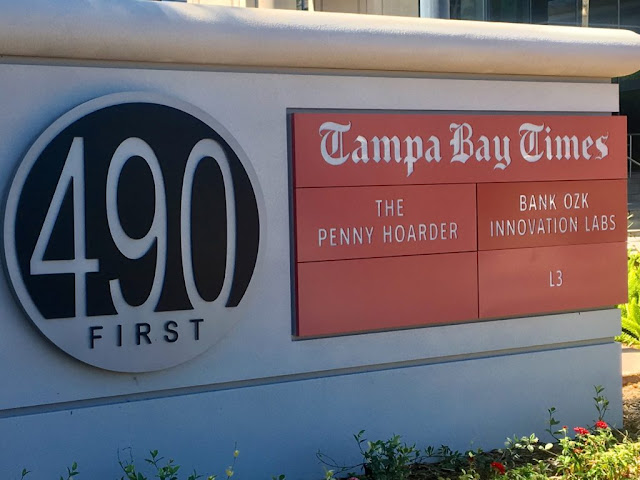 Tampa Bay Sports and Entertainment is nowhere to be found.


Vinik’s connection surfaced only a month later when La Gaceta, the tri-lingual newspaper published in Ybor City, was ready to go public with the names of more investors.  Vinik pre-empted the revelation with his own disclosure.
Since then, Tash and the Times have been operating in a cone of silence regarding the ownership shuffle.
And the Times coverage of Vinik’s enterprises?  The paper twists facts to accommodate Vinik and his investments.  His shady practices in Boston as a fund manager and Tampa as a developer have gone unreported.
Despite buying favorable news coverage from one news entity, Vinik invested in a dying industry.  In 2016, the Pew Research Center found that only 5 percent of 18-to-29-year-olds and 10 percent of 30-to-49-year-olds often get news from print newspapers, compared to 48 percent of the 65-and-over demographic.
Digital news sites are winning.  They provide multiple news sources, including video, and a compressed time frame for GenXers and younger.
When the smoke finally clears and the Times goes completely digital, Vinik can might earn an environmental award for saving so many trees.
(Tom Rask, publisher of the Tampa Bay Guardian, contributed to this article)
Tampa Bay Beat article from February: