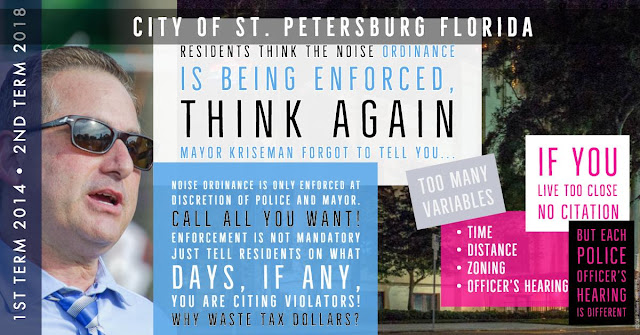 A resident or individual in a car or on a motorcycle in the City is more likely to be issued a citation than a bar, restaurant or cafe.

Trophy Fished opened in May 2018. There was a noise complaint made to the police every month but October, but no citations for noise were issued.


The Getaway in Maximo Marina was required to submit a noise plan. For past couple months, there has been outdoor music.  The music can be heard on the adjacent property at the Moorings of Maximo Condominium. I have heard the music in my residence. 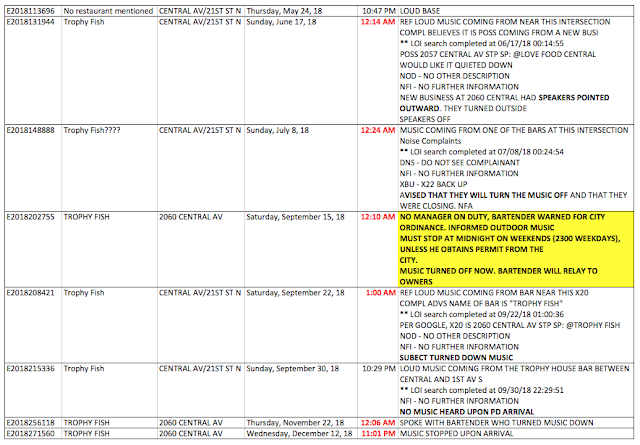 The calls highlight an issue the police have managing repeat calls. There is no management. The Police are not tracking the repeat calls. Residents give up calling the police. 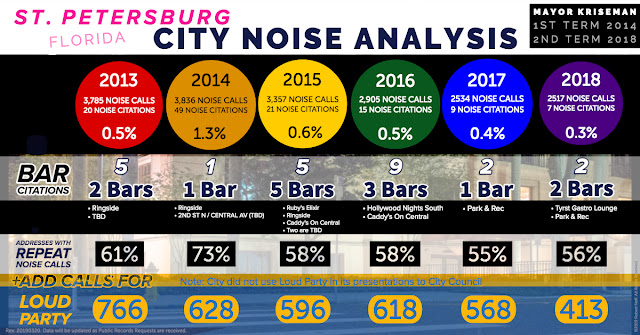 However, we know the Police and City are not enforcing the noise ordinance when Police make multiple requests to the location asking them to turn down the noise.

How do we know?

The noise ordinance is discretionary and the Mayor and Police are not required to enforce it. See Mayor Kriseman's email to Police Chief Holloway. 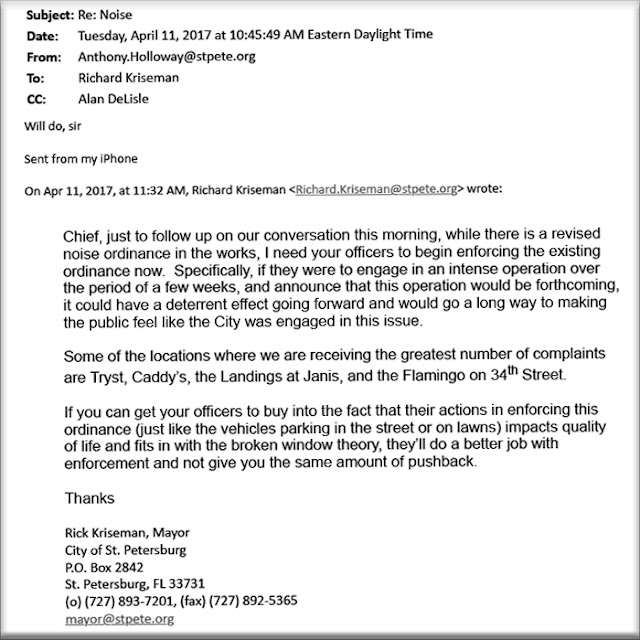 We also know City Council Member Kornell worked with the Community Service Officer Kelly, and Flamingo Resort Owner Jack Dougherty, who is Board President for the Skyway Marina District, to develop a strategy to deal with me when I emailed Mayor Kriseman about the noise. 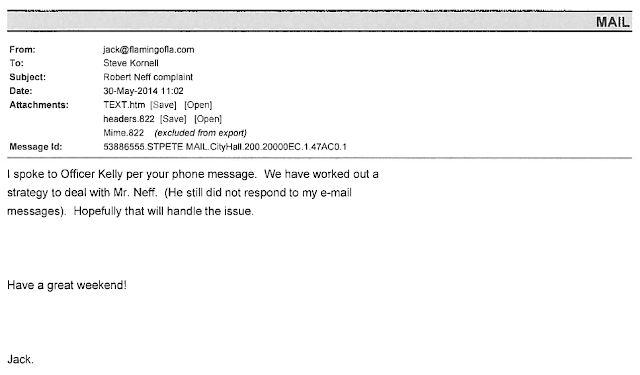 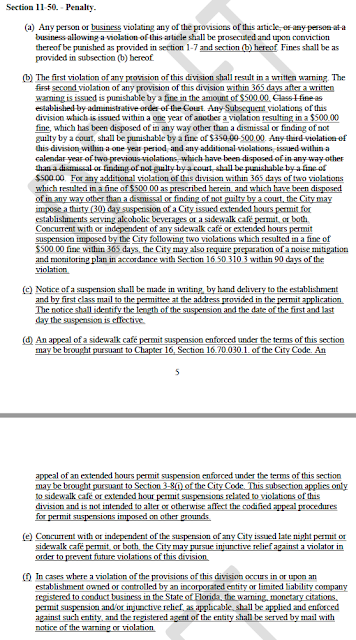 Penalties bring up another issue — the audio of the resident who called. This is evidence the police could use or the resident or bar could use to fight the penalty, but it is deleted after 90 days.


The opinions here are the author's and do not necessarily reflect the views of Bay Post Internet or the Blog Publishers where it appears.
Please Comment Below