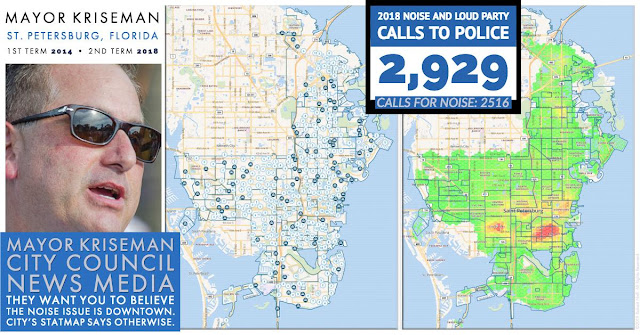 The City, City Council and news media are always mentioning the downtown noise problem. Take a look at the map below. Where do you see the calls and hot spots? Downtown? Citywide?

2018 Noise and Loud Party Calls to Police and Heat Map 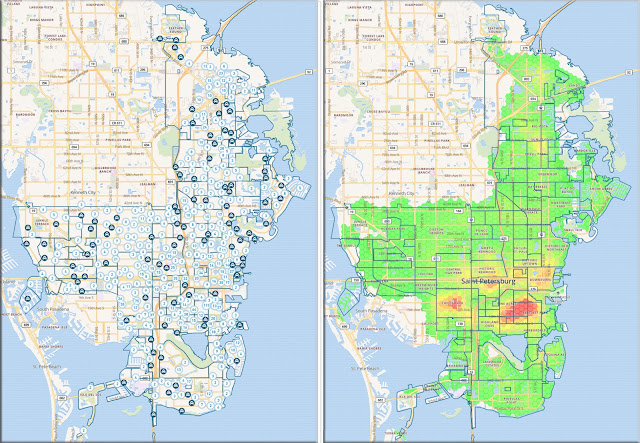 On April 11, 2017, Mayor Kriseman asked Police Chief Holloway to enforce the noise ordinance. Mayor Kriseman did mention he was concerned the Police Chief would be not be able to get his officers to buy into his idea. The results were not impressive. From 2017 to 2018, noise calls dropped a whopping 18 calls from 2,534 to 2,516. How effective was that? 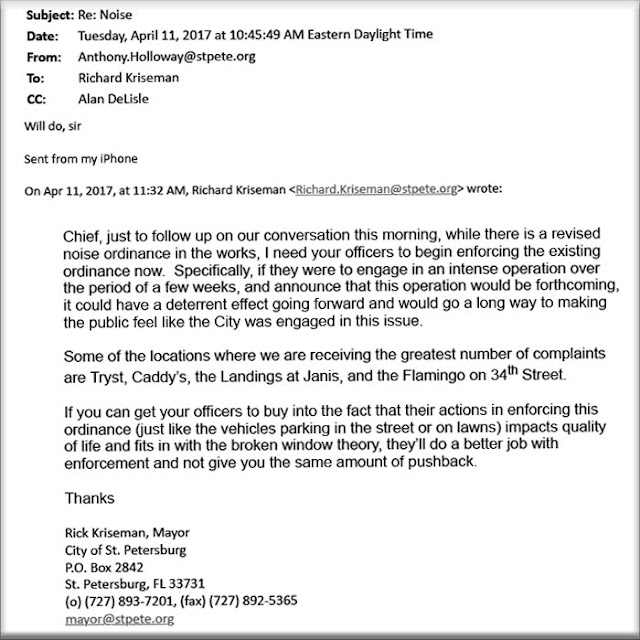 No wonder both downtown and citywide residents are frustrated with Mayor Kriseman, City Council, the Police, and news media!

1. While the City only shared "noise" calls to City Council's Public Services & Infrastructure Committee, who is responsible for the noise ordinance revision recommendation to Council, the City should be reporting calls for both noise and loud noise. This would provide a more accurate representation on how noise impacts residents. This was my recommendation when I met several times with Planning and Zoning. 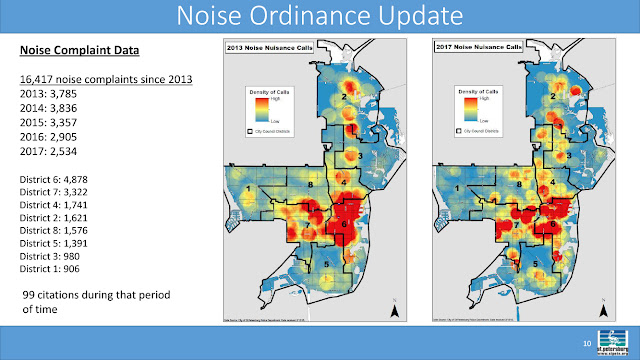