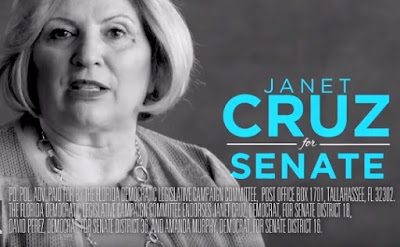 By Jim Bleyer
When State Rep. Janet Cruz jumped into a Florida Senate race against incumbent Republican Dana Young, she told Tampa voters she was motivated to run because of the February school shootings in Parkland.
The term-limited House minority leader had previously filed to run for a seat on the Hillsborough County Commission.
Her (in)action during the 2018 legislative session screams the ultimate hypocrisy.
Within three weeks of the Parkland shooting, Florida’s Legislature and conservative governor had done something Republicans had resisted for more than 20 years: they voted to defy the National Rifle Association.
Legislators, including Young, who had sworn allegiance to the Second Amendment voted to raise the age to purchase a rifle from 18 to 21, extend the waiting period for all gun purchases, and ban bump stocks. But they also used the tragedy to patch together a plan to address weaknesses in the mental health and school security safety nets, budgeting $400 million to accomplish that.
While the House debated the proposal, parents who lost children at Stoneman Douglas lobbied the governor, lawmakers and the media to get the bill approved, saying, “There is enough good in the middle of this bill that everyone can agree on.”
Despite the pleas of Parkland parents to pass the legislation as a first step, Cruz and all but nine of the House Democrats voted no on the measure. Young, on the other hand, heeded the aggrieved parents and voted for the compromise.
Gun control advocates deemed the legislation a definite improvement though falling short of a ban on assault weapons that have been used in most recent mass killings. For the NRA, it was an unconstitutional abridging of the rights of law-abiding gun owners. Moments after the bill became law, the NRA’s Washington lawyers filed a federal lawsuit.
Then there is Cruz’ alliance with Tampa Mayor Bob Buckhorn who mused publicly about killing journalists as he fired blanks from a machine gun turret on a navy vessel.

Buckhorn’s  remarks were widely circulated in the national media.  Buckhorn’s hate-fueled rhetoric made headlines in the Washington Post, the Washington Times, CNN, and Raw Story.
A year later a crazed shooter massacred five newsroom workers at the Annapolis Capital Gazette.
But Buckhorn, who boasted he would relish being the triggerman  mowing down journalists is a major patron behind Cruz, the politico that was so moved by the Parkland shooting. 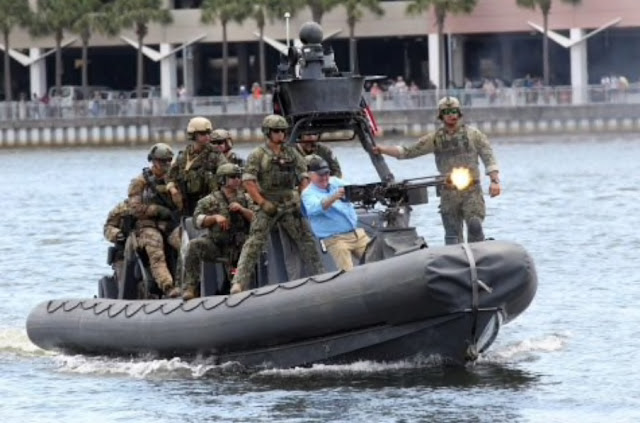