The editorial endorsement of State Rep. Kathleen Peters for the Pinellas County Commission represents another #MeToo fail for the Tampa Bay Times.
Peters, gal pal of disgraced predator, former State Sen. Jack Latvala, has been insensitive to the victims of sexual harassment but more than sympathetic to the perpetrators that permeate the political culture in Tallahassee.
In 2017, Peters voted to make confidential the identity of alleged victims in an allegation of sexual harassment . The law she voted for said that “the disclosure of such information could harm alleged victims by placing them at risk of further harassment and retaliation.”
“Six months later, Peters was calling on such alleged victims to step forward,” noted the Tampa Bay Guardian in a well-circulated blog post. “Any harm to the victims was apparently less important than defending her political  tag team partner and mentor Jack Latvala.”
The detailed Tampa Bay Guardian article is here. 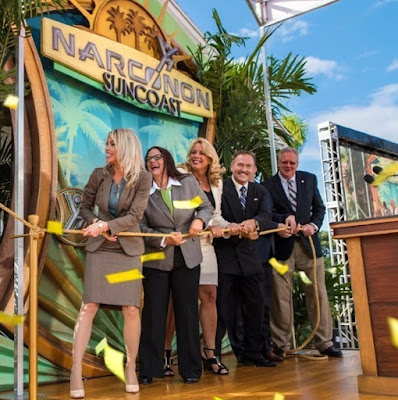 Peters (center) was guest of honor at Church of Scientology dedication of Narconon center that uses a controversial rehab technology. Peters, Jack Latvala, and Chris Latvala are frequent high-profile guests at Scientology functions.

Peters, rendered ineffective by House Speaker Richard Corcoran when she prioritized Latvala’s agenda in the lower chamber, is in a tough three-way race for the District 6 county commission seat.  Her main foe is conservative Barb Haselden, an insurance executive who successfully led the 2014 fight against the Greenlight Pinellas sales tax increase.
Haselden’s NoTaxForTracks grassroots effort, though outspent more than seven to one by special interests, torpedoed Greenlight Pinellas by 62-38 percent.
GOP voters in the district need to ask themselves whether Peters will represent them, Latvala, or the Church of Scientology where she attends functions on a regular basis.
Meanwhile, though his gubernatorial aspirations have been shattered by a libido in overdrive, Latvala has been diligently doling out contributions from his PAC to candidates including longtime buddy Peters.
Some of the contributions from Latvala’s PAC went to other committees that made their own contributions to the campaigns of State Sen. Denise Grimsley, a Republican running for Florida Commissioner of Agriculture, and Peters.
Since March, Latvala has given $105,000 to The Committee for Justice, Transportation and Business, which is run by longtime GOP consultant and lobbyist Dave Ramba. That committee directly gave $13,000 to Grimsley and a committee she controls on July 11, the same day it gave $1,000 to Peters’ campaign.
The paper’s support of Peters represents another case where the #MeToo movement doesn’t apply to its employees or political allies.  The Times excused the charges against Latvala to the bitter end—his resignation from the Florida Senate.  It harbors a proven predator, Barry Edwards, in its parent Poynter Institute, and has retained a high profile newsroom personality who harassed a coworker, forcing her departure in 2007.
Meanwhile, the Times will publish any unproven accusation against Kevin King, St. Petersburg Mayor Rick Kriseman’s chief of staff.  The paper took it on the chin last year when Kriseman handily beat its favored candidate, Rick Baker, in its backyard.
The Times and the National Football League are the two most adept entities in America at exacerbating an already severe crisis into Armageddon-like proportions. 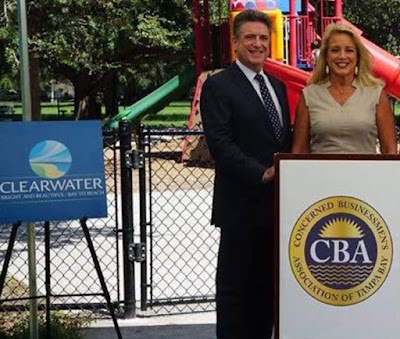 Scientologist Pat Clouden, head of the church’s Concerned Businessmen’s Association of Tampa Bay, managed to attract Peters to kick off a new initiative to spread panic about marijuana with the use of Scientology-printed materials from the Foundation for a Drug-Free World.               Cross Posted with permission from: Tampa Bay Beat


This post is contributed by Tampa Bay Beat. The views and opinions expressed in this post are the author's and do not necessarily reflect those of Bay Post Internet or the publisher.