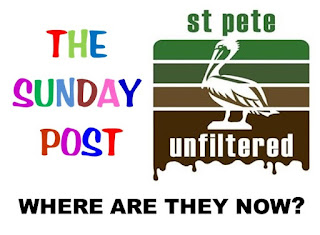 This is a bright and talented group of people who, could make a major difference in how St. Petersburg looks at its Wastewater problems.


St. Petersburg, Fl
Opinion by: E. Eugene Webb PhD
Author: In Search of Robin, So You Want to Blog.
St. Pete Unfiltered was a local art film that gained some notoriety at the 2018 SunCoast Credit Union GIFF film festival in Tampa. The film was researched, written, edited and produced by nine local students. The defined themselves as: “The St Pete Unfiltered Team is a close-knit group of environmental activists and advocates from St. Petersburg, Florida.”
Here is an explanatory page from their Facebook Page:
“Since 1977, five years after the Clean Water Act mandated that municipalities bring their wastewater treatment systems into compliance with the Act’s conservation measures, the City of St Petersburg has not increased its sewage treatment capacity in the face of a growing population. In fact, on April 2nd, 2015, the City of St Petersburg decreased its wastewater treatment capacity by closing the Albert Whitted Waste Water Treatment Facility. Mayor Rick Kriseman’s administration and City Council had reams of expert reports and testimony that stated that the remaining three treatment facilities could not handle the increased sewage treatment burden.
From April 2015 until 2017, while claiming itself to be Florida’s greenest city, St Petersburg’s Mayor Rick Kriseman and Public Works staff knowingly violated the Clean Water Act by dumping more than 1-billion gallons of sewage into Tampa Bay, its aquifer, and its beloved surrounding waters, resulting in 89 felonies and 103 misdemeanors. These crimes come at an expense of 326-million dollars to the citizens of St Petersburg and its surrounding communities.
This is St Pete Unfiltered.”

My wife and I attended the film’s opening, and I must say I was quite impressed. The film was compelling, told the story of the City of St. Petersburg’s long and troubled waste water history.
Since then I have not seen or heard much about the film or the St. Pete Unfiltered movement, so I checked the web  site and Facebook page. Here are the links:
St. Pete Unfiltered- FaceBook, St. Pete Unfiltered Website
The web page is unattended, and the Facebook page has not had much action since March.
The film did an excellent job of capturing the problem and the consequences, but like many documentary efforts after the excitement of discovery and impact of the first presentation the prospect of hard work to pursue the issue and create action becomes a reality.
One of my original questions was,” Would the film be available for showing/viewing by the public,” and the answer at the time was no. I think that was a mistake.
This is a bright and talented group of people who, if their environmental credentials are real, could make a major difference in how St. Petersburg looks at its Wastewater problems.

The City’s wastewater problems did not change after the film’s premier, the City Administration’s transparency and forthrightness did not improve, and the City recently completed deep injection wells blocks from the Southwest treatment plant where who knows what will be pumped below the aquifer.
If it was all just about making a good film, they did and that’s ok. However, if it was really about the bay, the wildlife and the quality of life around Tampa Bay, then I would like to see one or more of these folks step up and continue the process.