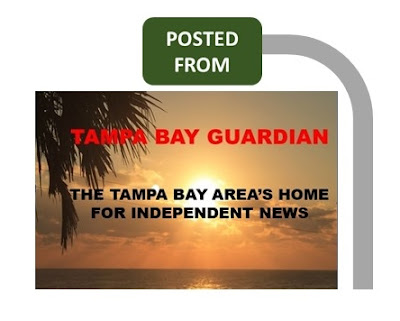 
PSTA calls it the Central Avenue Trolley, abbreviated “the CAT.” Launched in 2011, the CAT was billed as “a one-seat, non-transfer ride from Pass-a-Grille to the St. Petersburg Pier.” At that time, PSTA attributed systemwide ridership increases to the CAT.

That was then. During the first six months of PSTA’s current fiscal year, CAT ridership dropped 22% compared to the previous year. The Guardian obtained this information through a public records request made to PSTA.
The number of riders on the CAT was 481,059 versus 376,820 for the first six months of fiscal years 2017 and 2018, respectively. The service thus lost more than 1 out of 5 riders in just one year.
The CAT has a “free fare zone” near downtown St. Pete, and a 50 cent zone that extends to 34th Street (see map on right). Riding the CAT has also been free during some events. These free rides, paid for by taxpayers, are included in the ridership numbers.
Despite this free and almost free service, and despite cutting the cost of a monthly PSTA bus pass in half to $35 for several months, CAT ridership still declined. The data (download it here) indicates that its set to decline even further next year.
PSTA issued no press release to announce this collapse ridership on its busiest route. When ridership was increasing, PSTA issued a total of 36 press releases during a four-year period to announce increasing ridership. The number of press releases discussing ridership levels has been as follows in the last few years:
2012 – 12
2013 – 13
2014 – 6
2015 – 5
2016 – 0
2017 – 0
2018 – 0


None of these 36 ridership press releases from PSTA announced declining ridership.
Thus it is clear that when ridership went up, PSTA talked about ridership, When ridership is declining, as it has been for a long time, PSTA talks about something else. They use your tax dollars to thus “inform” the media and the public.
Has the predicted “Transit Apocalypse” now reached PSTA? Many transit agencies now have unfunded pension and health care obligations that exceed their annual operating costs.
We reached out to PSTA for comment, but had received no response from staff by the time of publication. However, PSTA board member Brian Scott said “I prefer not to comment about specific route ridership without an opportunity to visit with staff and confirm the numbers first.”
We asked Scott if, in light of these ridership figures, the board should rethink its Central Avenue Bus Rapid Transit (“BRT”)  project. Scott responded “I believe ridership trends should be a key component in any discussion regarding service changes. “
The Central Avenue BRT project requires $41 million to build, all of it using public funds. Additionally, it requires $3.5 million per year to operate, most of it public funds, and will take away a travel lane in each direction on 1st Avenues North and South. The project has yet to be funded by the Federal Transit Administration.
As always….the Guardian reports and our readers decide. Like our Facebook page to find out when we publish new stories.
See article at Tampa Bay Guardian: 22% ridership drop in one year on busiest bus route in Pinellas