Kriseman off to a good start with staffing Changes 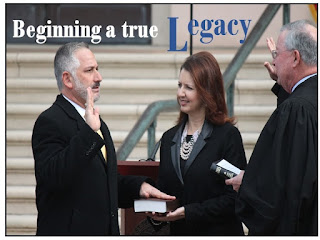 There is something unique about working for a large City

Rick Kriseman has a golden opportunity to enhance his somewhat tawdry legacy by making some good additions to the staff as he starts his second term. Public service and government staffing comes along in waves, and Kriseman is at the crest of an opportunity to have a long-range impact on the City.

If you just look at the top tier of staff people that tend to change with the political winds you will see that this is a relatively small number compared to the total number of management and supervisory people on the City payroll.

The current administration faces a wave of retirements in all most all departments, including public safety.

There are a lot of people, me included; that go to work in a government planning to stay for just a short time and end up staying for their entire career. It sounds odd but it’s true.

There are a lot of reasons let me give you some of mine.

About 40 years ago an engineer I knew who worked for Honeywell, went to work for the City of St. Pete to work on some long term technical challenges the City was experiencing. A couple of years later, he contacted me and said he could use some help. I asked what the job paid when he told me I laughed and said I couldn’t afford the pay cut.

He kept needling me and about a year or so later some things turned around in my life, and I said, “Ok I can give a year maybe two, but that’s it."

At that point, my career had been in business, the auto industry, defense and aerospace and I was used to a fast pace and a lot of challenges.

I figured I could do a couple of years in public service and then get on with life. Twenty-eight years later, I retired from the City of St. Pete.

There is something unique about working for a large City. A lot of people come into local or county government and find out it is a place where you can have a significant impact. These are the governments that most directly impact the public.

The fact that people hire on and stay is a blessing and a curse because about every 25 or 30 years, there is a mass exodus of institutional knowledge due to retirements. That is what is occurring in a number of Bay Area cities and counties.

Mayor Kriseman is facing one of those watershed moments in his second term and the announcements he made last week are a good start. You can get the details  from the Tampa Bay Times in an article by Charlie Frago; Tomalin’s new role tops long list of changes for St. Pete.

Looking over the changes detailed in Charlie’s article, I think The Mayor is on the right track. I hope he stays engaged in this process and makes sure the quality of the city team in terms of technology, science, management and public safety continues to improve.

There won’t be a plaque, or shiny trophy but over the next decade or so as these Kriseman hires grown and excel he will be able to see a real legacy play out.