Will Kriseman drain his swamp? January 2017 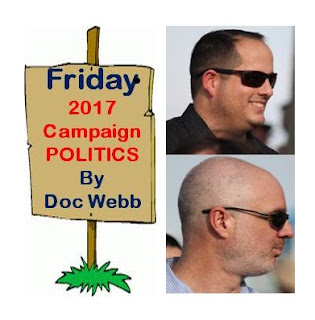 It is hard to see how Kriseman can mount a serious campaign effort without his two political sidekicks.

Surprising on a couple of fronts, first as I posted last week In Bay Post Internet, The Kriseman Kerfuffels and the fact that now he is an announced candidate for Mayor the conduct of his political cronies and former campaign operatives Kevin King and Ben Kirby should come under a lot of scrutiny from the media, and the public.

There have also been several appointments by the current Mayor some of which would probably not survive a change in the Mayor’s office. They all deserve careful attention.

I would expect this to be one of the most politicized administrations ever as staff will be “encouraged” to support the Mayor and vote for him.

Most important in this group of political appointments are Kirby and King, who came directly from the Mayor’s campaign staff, although King was an outlier and had no official campaign position, probably due to his controversial past, he was a fixture at every Kriseman campaign event I attended.

King and Kirby both have a much stronger penchant for politics than governance, and it is hard to see how Kriseman can mount a serious campaign effort without his two political sidekicks.

In their current positions, these two already have the ability to communicate with the public directly from the office of the Mayor and access to information that other candidates will find hard to get, and unless you really understand the public records law, it could be very expensive for candidates to get some of that information.

For the first time in St. Pete’s history with a strong mayor, it is possible that opposing candidates will be competing against the office of the Mayor not just Rick Kriseman.

It is also possible that St. Pete taxpayers will be funding the key part of Kriseman’s campaign staff.

These issues bring new meaning to the power of the incumbency.

All of this raises some serious questions and issues for City Council and the City Legal staff.

How much “campaigning” can Kriseman’s Chief of Staff and his Director of Communications do before they step over the line?

Check out  Kriseman for Mayor.

Kriseman could save himself and all the voters who are going to be watching this election a lot of time and stress if he simply removed King and Kirby from the City payroll.

I am sure the boys will get their high-paying jobs with the City back with hansom raises should Kriseman win.