Can you believe Rick Kriseman's promises? Not if you look at the ones from the Past - Part 2 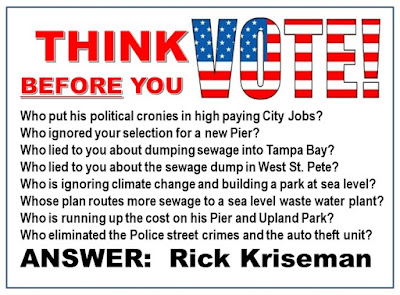 One only needs to look at the Pier to see how far Kriseman’s words are from his deeds.

Rick and I sat down this past week (January 2013) at the Kahwa Coffee Shop south for some great coffee and a casual conversation.

Picking up from Part 1

"I would work every angle I could with my friends in the Obama Administration to bring federal dollars home."

Not much effort or success here.

"My frustration with Tallahassee was: that good policy doesn't advance because of partisan politics. Local government is the place where we can actually accomplish things and where every resident can be invested in and take pride in our accomplishments." Rick replied. 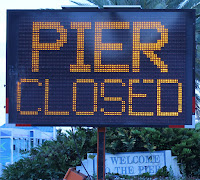 Kriseman's real problem with Tallahassee was he never took the time to figure out the system, learn how things get done and develop the relationships that are necessary to be a State Representative.

As far as accomplishing things as Mayor “every resident can be invested in” one only needs to look at the Pier to see how far Kriseman’s words are from his deeds.

“What would you do differently than the current administration," I asked.
“I would have better communication with both staff and Council. It seems the staff has no firm direction; they don’t know where the City is headed," Rick replied.

When it comes to better communication with City Council and staff, Kriseman and his political cronies have been a complete failure.

The proof is in Council member Jim Kennedy’s constant complaining about how things are brought to City Council and the filing for Whistle Blower protection from an employee trying to get the truth out about the sewage debacle.

If your employees don’t trust you enough to feel comfortable telling you the truth then you have a serious communications problem.

“What do you think the major tenants of good municipal administration are," I asked?

Infrastructure, quality of life and education," Rick replied. “I don’t think we have taken the fullest advantage of our opportunities the last few years." 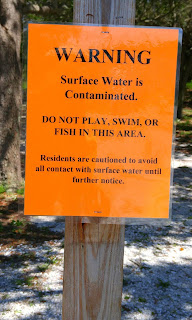 There it is in Kriseman’s own words, INFRASTRUTURE was his first concern when asked about the major tenants of a municipal administration. Turns out infrastructure is really in last place behind everything from a water park to a water ferry.

When it comes to education in St. Pete, the City ended up with five of the worst schools in Florida on Kriseman’s watch. His attention could have caught the problem earlier.

Rick also expressed deep concerns about the crime level in St. Pete and especially the South side of town.

The published numbers would indicate the Kriseman administration has made some progress in this area.

However, off the record, there is growing concern in the police department about the level of enforcement, number of arrests and number of firearms being taken off the street.

I asked Rick about how his wife and family felt about a Mayoral run, and he said, "We haven't really had the serious discussion yet," but they will be fully on board before I make a decision to run."

We covered a wide range of subjects from the Pier to the Rays and Rick’s concern about the City’s aging infrastructure. He has a good grasp of the issues and ideas about how to address them all, but he can reveal those for you, if and when he decides to run for Mayor.

As has been the case throughout his political career, Rick Kriseman usually knows the problems and right thing to do, but when given the chance to implement change he cannot get by the politics.

Kriseman is caught by the power of politics, his ability to create a political power structure, his love of shiny things and political gamesmanship.

I did ask the big question, “Are you going to run?" His answer: “I’ll know in a few weeks.”

As you know, he did run and he won.

Now what St. Pete needs is someone to get cronyism and politics out of the Mayor’s office, Water resources and the rest of the City Administration. 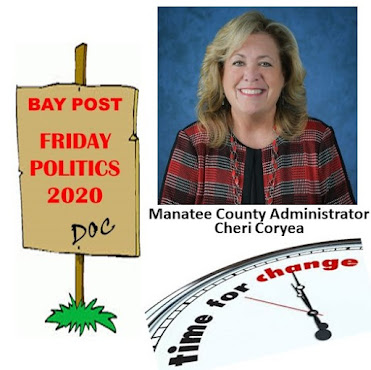