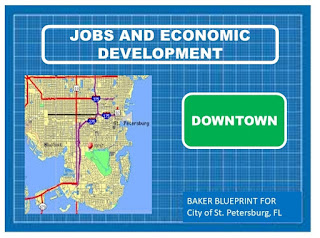 Any successful city must have great jobs and a vibrant economy

This is the fifth of an eight-part series detailing the Rick Baker Blueprint for St. Petersburg.

From the Rick Baker BLUEPRINT for St. Pete

For more than eight years as Mayor, Rick Baker worked to transform St. Petersburg into a modern, prosperous, safe, neighborhood- friendly and seamless city. From jobs and economic empowerment, to schools, neighborhoods, the arts, our environment, and public safety, this “blueprint” will guide Rick Baker’s efforts to restore competence, commitment and honesty to City Hall.

Any successful city must have great jobs and a vibrant economy so all residents can earn the type of living that provides the greatest opportunity for themselves and their children. That is why I want St Pete to once again become a dynamic leader on this front, leaving no one behind.
DOWNTOWN 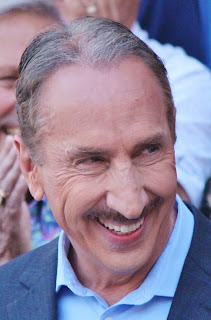 The “blueprint” by design is a living document that will evolve with further input from you, the people of St Petersburg, to enhance the quality of life for everyone living here. - Rick Baker