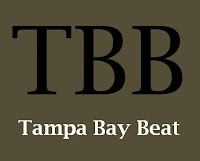 The two Tampa Bay chapters of the Sierra Club just may have tossed a life preserver to a flailing politician that has had waves of bad press for more than a month.
We will know by noon on Monday, June 19 whether or not Tampa  Mayor Bob Buckhorn grabs the lifeline.

The 11 a.m. event, called the “Ready for 100 Petition Drop and Press Conference,” takes place at Tampa City Hall and calls on Buckhorn to join 15 other Florida mayors and more than 100 nationwide in signing a pledge to make Tampa a 100% Clean Energy community by a target date that can vary.
The FB promo reads:
“Now, it’s time to pay Mayor Buckhorn a visit with a special delivery! Join Organize Florida activists, Sierra Club activists, and residents of Tampa who are already experiencing the devastating conequences of sea level rise on Monday. We are delivering our petitions to Mayor Buckhorn and speaking to the media about why we want him to sign the “Mayors for 100″ proclamation!”
One of the organizers, Phil Compton, an employee of the national Sierra Club and based in Pinellas County, refused to talk with a Tampa Bay Beat representative who is a member of the organization that pays Compton’s salary.
Compton is a friend of Buckhorn and observers have suggested the press conference is greased to enhance the image of the mayor known as “Mr. Photo Op”.  We are not that cynical….or that optimistic.
Kent Bailey, president of the Sierra Club’s Hillsborough chapter, called Buckhorn’s refusal to meet with his group “a challenge,” adding that if the mayor realized clean energy would be an economic boon to the city, he would be more open to pledging support.
One of the 15 Florida mayors that signed the pledge is St. Petersburg’s Rick Kriseman, the first to do so.
This is an ongoing problem for Buckhorn as Tampa’s crossbay rival city has historically been more sensitive on environmental and LGBT issues, dealing with minority communities, and opening relations with Cuba.  It is also no contest on which city has the more vibrant downtown.
Organize Florida, seemingly the more vocal partner leading up to the Monday event, noted,  “Mayor Buckhorn recently pledged to uphold the Paris Climate Accord, which is more symbolic than actionable. Tampa residents are asking him to take a more actionable approach by committing the city to 100% clean energy.”
Even at that, Buckhorn was one of the last to join in the Paris Climate Accord pledge.
Here’s what I would do if I were Ashley Bauman, Buckhorn’s flak, paid with city funds.  Unlike in the past when Buckhorn refused to meet with the Sierra Club and other petitioners, she shoukd advise the mayor to not only meet with the group, but declare the city’s willingness to join the rest of the country’s metropolitan areas who have instituted a clean energy program.  He could reference that his two young daughters (as well as their contemporaries) deserve to grow up healthy and live in an area free from pollutants.  The mayor might even be able to devise a few actionable steps to kickstart the effort.
The ambitious Buckhorn recently has had his image tarnished, particularly among fellow members of the Democratic party.  He will co-host a fundraiser for an incumbent Republican state representative in a battleground district and is the special guest of the Hillsborough County Young Republicans at its June 27 meeting.
The U.S. Conference of Mayors is scheduled to meet next weekend in Miami Beach, where a news conference is scheduled to be held among American mayors who’ve endorsed the 100 percent clean energy future.  Tampa’s absence would be glaring and reflect on the city’s leader.
Cross Posted with permission from: Tampa Bay Beat
This post is contributed by Tampa Bay Beat. The views and opinions expressed in this post are the author's and do not necessarily reflect those of Bay Post Internet or the publisher.
E-mail Doc at mail to: dr.gwebb@yahoo.com or send me a Facebook Friend request.
Please comment below, be sure to Like or share on Facebook and follow Bay Post Internet on TWITTER @DOC ON THE BAY
See Doc's Photo Gallery at Bay Post Photos.