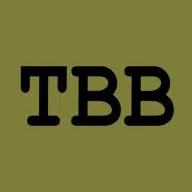 Rumors that Tampa Mayor Bob Buckhorn, a registered Democrat with a conflicted, convoluted, opportunistic political philosophy, will soon join the Republican party are bubbling in Tampa and Tallahassee, Tampa Bay Beat has learned.
Recent developments have ramped up speculation. Last week Buckhorn endorsed Republican State Rep. Shawn Harrison for re-election in a battleground district with a Democratic opponent yet to materialize. Also, with much fanfare, the Tampa Bay Young Republicans are touting a June 27 “social” with Buckhorn. The group’s glowing description of Buckhorn is usually reserved for GOP royalty. The hyperbolic promo for the event emphasizes Buckhorn’s alleged financial acumen.

Pundits have been projecting a Buckhorn party switch for more than two years as his loyalty to Democrats only surfaces when it personally benefits him.  The city that Buckhorn has ruled since 2011 boasts a nearly 2-1 Democrat majority over Republicans; Buckhorn campaigned enthusiastically for Hillary Clinton in 2016 with political observers ascribing this to a promised appointment in her administration. WIth that off the table, the term-limited Buckhorn reverted to his customary “me first” doctrine that doesn’t include loyalty to the Democrats.
His political history is pockmarked with treachery to his registered party:
* Buckhorn co-hosted the infamous 2013 fundraiser for Attorney General Pam Bondi, a Republican, when an execution was delayed due to that political event.
* The Tampa mayor notably refused to endorse fellow Democrat Charlie Crist’s bid to unseat Gov. Rick Scott.  Ironically, Buckhorn alluded to Crist’s party switch from Republican to Democrat as a reason for his silence.  Buckhorn has some explaining to do if and when he becomes a Republican.
* Buckhorn misread the tea leaves regarding relaxing restirctions against Cuba.  Polls show most Floridians and Tampans, especially Democrats, favor a thaw in relations with the neighboring island.
* Buckhorn alienated people of color by not apologizing for the Tampa Police Department’s targeting black bicyclists, according to the U. S. Department of Justice.   “I’m never going to apologize for being aggressive in the crime fight. It’s just not going to happen,” the mayor said. “I don’t think it warrants an apology.”  He compounded the original felony.
There’s more but you get the idea.  Buckhorn, a possible 2018 gubernatorial candidate, saw that ambition evaporate along with any gravitas he earned with the Democratic base in the distant past. He concocted face-saving excuses when he announced in March he would not seek the office.
Buckhorn’s possibilities narrowed further when a May poll showed a majority of Tampa voters reluctant to change the city charter lifting term limits for the mayor. The same poll showed former Mayor Pam Iorio, considered a bona fide Democrat, the frontrunner in a projected 2019 race for Tampa mayor.
Hillsborough County, where four commission seats will be contested next year, is about as purple as it gets, according to the latest statistics from Elections Supervisor Craig Latimer’s office. Currently, the GOP enjoys a 5-2 advantage on that board.
Although running for the county commission is an option for Buckhorn as a Republican, being one of seven may not be as appealing as other possibilities for an ego-driven personality that relishes the limelight.  Gov. Rick Scott could appoint Buckhorn to a high profile position in Tallahassee believing such a move would elevate his chances in beating incumbent U. S. Sen. Bill Nelson next year.  It wouldn’t.
Whether the rumored conversion is true or not, Buckhorn is, and always will be, a man without a party despite whatever affiliation is listed in the Hillsborough County Supervisor of Elections office.  His machinations and fungible philosophy have alienated voters on both sides of the aisle.  To Republicans, Buckhorn would have a lot to answer for:
* Wasting several billions in to fund an unneeded, outmoded light rail system.  He doesn’t acknowledge new technologies such as autonomous vehicles, flex bus scheduling, van pools, and more.  Conservatives eschew trains.
* Criticism of Donald Trump and he’s spewed a lot of it:  about the economy, about Trump’s visa ban, about pulling out of the Paris Climate Agreement,   The feeling, though, is mutual. The President visited MacDill Air Force Base For briefings by top military officials and Buckhorn was not invited.  Other local politicos made appearances.  The Trump bashing also puts Buckhorn at odds with Scott, one of the President’s most high-profile supporters.
* Promoting taxpayer subsidies for a new Rays baseball stadium.  Negotiations were conducted in secret. Public funding for professional sports infrastructure is the bane of conservatives.
Buckhorn is a prime example of what happens when a politician tries to appeal to every constituency. He ends up alienating them all.
Below:  Buckhorn, in a 2011 video, trumpets the tech company Savtira as invigorating Ybor City. A year later, the company filed for bankruptcy. CEO Timothy Roberts (right) in January pleaded guilty to wire fraud and another executive recently pleaded guilty of conspiracy to commit wire fraud.


Cross Posted with permission from: Tampa Bay Beat
This post is contributed by Tampa Bay Beat. The views and opinions expressed in this post are the author's and do not necessarily reflect those of Bay Post Internet or the publisher.