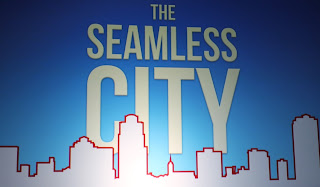 If you were watching carefully Tuesday night, you saw a look on Rick Baker's face you do not see very often. 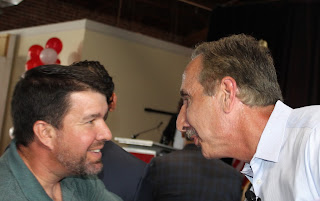 I was there along with several hundred supporters of the former Mayor, and the campaign donation table was busy.

The former Mayor spoke for a little over 20 minutes and put special emphasis on the need to work on the City's aging infrastructure.

Baker turned even more serious when he spoke about schools and public safety.

If you were watching carefully Tuesday night, you saw a look on Baker's face you do not see very often.

It only appears for flash, and reminds me of an eagle ready to strike. I have only seen it a few times, and it only happens in a conversation about something Rick Baker is passionate about.

Tuesday night it was there for just a brief second as the former Mayor leaned over the podium spoke about schools in St. Pete.

If anyone ever doubted the ability of a Mayor and a City to influence public schools, we now have the results of what happens when the City leader takes his hand off that throttle.

St. Pete ends up with five of the worst schools in Florida.

Here is one thing you can take to the bank. If Rick Baker is returned to the Mayor's office, every kid in public schools in St. Petersburg is going to benefit.

The reason is very simple. Nobody in their right mind wants to be on the wrong side of that look. 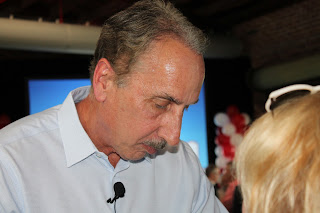 Baker handed out free copies of his book "Seamless City" and spent a good deal of time with the crowd autographing his book and answering questions.

You can see my Photo Gallery of the May 23 event at Rick Baker May 2017 Fund Raiser.
E-mail Doc at mail to: dr.gwebb@yahoo.com or send me a Facebook (E. Eugene Webb) Friend request. Please comment below, be sure to Like or share on Facebook and follow me on TWITTER  @DOC ON THE BAY
See Doc's Photo Gallery at Bay Post Photos
Disclosures: Contributor to Rick Baker for Mayor Campaign