It's about time someone went after PBS and the Corporation for Public Broadcasting. 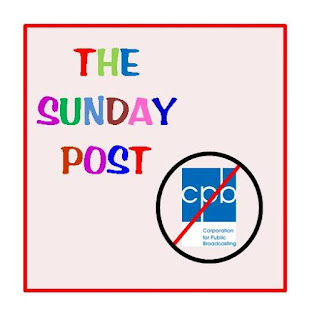 The very one-sided approach of PBS and their affiliates should be enough to seal their fate as recipients of any form of public funding.

Here is some background.

White House Budget Director Mick Mulvaney argued, “Can we really continue to ask a coal miner in West Virginia or a single mom in Detroit to pay for these programs?” Mulvaney said during a recent interview with MSNBC. “The answer was no. We can ask them to pay for defense and we will, but we can’t ask them to continue to pay for the Corporation for Public Broadcasting."

Mathew Ingram, Fortune, Trump Budget Has Public Broadcasting in a Fight for its Life

PBS and NPR reflect a single segment of our society, and while they mask themselves in a university climate, and intellectual elitism, they are just a liberal, non-representative megaphone.

This past election and the very one-sided approach of PBS and their affiliates should be enough to seal their fate as recipients of any form of public funding.

Established under the umbrella of Sesame Street, the Corporation for Public Broadcasting quickly morphed into a "news" organization with a significant bias.

Dan Gainor of the conservative Media Research Center, which is opposed to public funding of broadcasters and other news outlets, said on Twitter that "there simply is no legitimate reason for government to fund left-wing media."

Changes in technology and the way people get their news; information and entertainment have changed dramatically since the Corporation for Public Broadcasting was established in 1967. As a concept, it has out lived its usefulness.

There will be much bleating from those claiming the great value of PBS to our society, but the Corporation for Public Broadcasting is just another governmental honey pot Universities, and the liberal elite dip their fingers into to promote their agendas.

Here is hoping the US Congress will remove this funding item from the budget. Almost all of these public-broadcasting outlets have a loyal following of donors and supporters. I am sure they will be willing to step up and fund those public broadcasting organizations worthy of their support.

In the interest of full disclosure, I once made small contributions to local public radio and television, I recently stopped contributing and ask my name be removed from the solicitation list. They have graciously complied with my request.