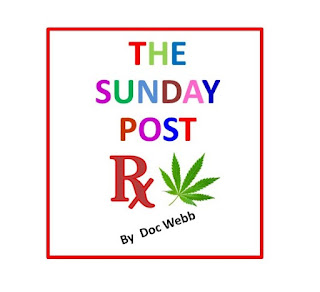 Dispensaries will only perpetuate the reputation and mystique marijuana.

St. Petersburg Fl
Opinion by: E. Eugene Webb PhD
Author: In Search of Robin
It seems like every elected political body in Florida is trying to set its own rules for medical marijuana dispensaries.
Here are some local thoughts from Tampa Bay Times writers:
Mark Puente Tampa Bay Times Staff Writer, Pinellas County considers moratorium on medical marijuana
Steve Contorno, Tampa Bay Times Staff Writer, New rules for medical marijuana dispensaries move forward in Hillsborough County
It seems the local politicos just can’t pass up the chance to jump into the middle of a mess they may soon regret.
Most of this panic rush to local regulation is fueled by years of the war on drugs and constant pressure from state, county and local law enforcement touting the fears and dangers of marijuana to prop up funding to fight the drug crisis.
It is also worth pointing out the war on drugs was lost years ago.
Never mind the fact that the State Legislature is working on rules to deal with distribution of medical marijuana. The local politicians are working to shore up their political fences against the marijuana scourge.
The State should make the necessary declarations to consider medical marijuana as what it is a drug, authorize is the distribution through regular pharmacies and do away with the “dispensary” concept which will only create a series of highly suspect businesses that will ultimately become corrupt.
Dispensaries will only perpetuate the reputation and mystique marijuana.
While local political body's race to set up rules they hope any State action will not preempt, they are creating a patchwork of regulations that will be easy to circumvent and difficult to police.
These local rules will ultimately result in a long series of complicated lawsuits costing taxpayers millions while potentially denying those in real need access to the benefits medical marijuana can provide.
These days, marijuana is a much bigger hot button among politicians and law enforcement than it is among the public. Beating this political drum is much more a dull thud than a resounding battle cry.
If the local politicos were really interested in you and your children’s health and safety, they would be lobbying Tallahassee to set rules and definitions that put this drug in the pharmacy system which while far from perfect is much better than a bunch sleazy opportunists setting up storefronts and forcing respectable people with serious needs to deal with them.
e-mail Doc at mail to:dr.gwebb@yahoo.com send me a Facebook (Gene Webb) Friend Request, and be sure to Like of Share on Facebook.
See Doc’s Photo Gallery at Bay Post Photos