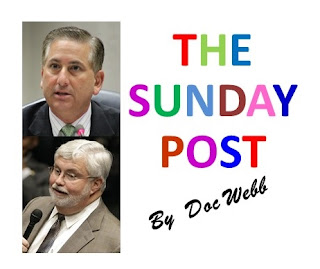 Kriseman finds himself between a sewage plant and a wet spot with no easy solution.

It seems to be tough to get a straight answer on the sewage-treatment  problems in St. Petersburg.

Kriseman continues to duck and weave on the sewage problem and the solutions. His current “plans” of $45 million in emergency repairs and a five year $304 million effort to “fix” the systems are short on facts.

The way things look, Kriseman may well be a one-term  Mayor leaving him only two or three at best budget cycles to get any plan in place.

At this point, there is no clear indication of where the $45 million for next year will come from and no proposed source for the $304 million five year plan. An increase in water and sewer rates could provide revenue to guarantee bonds, but those rate increases will be extremely unpopular among the voters.

Kriseman finds himself between a sewage plant and a wet spot with no easy solution.

Really, disconcerting is how poorly the Mayor is handling the problem.

Kriseman and his dream team have not proven to be good strategic thinkers. They seem to specialize in “quick fixes” while long range strategies allude them.

The growing enmity between the Mayor and Gulfport along with county and state officials does not bode well for St. Petersburg.

Essentially Kriseman has no plan to solve the current problem. His approach is to throw money that doesn’t exist at a very real problem while expecting those who got the City into this mess to get it out.

City council is struggling to get to the bottom of the problem and get short-term and longer-range  plans in place. So far, not much luck.

Comments and concerns form County and State officials are drumbeats that should not be ignored along with the fact that the Mayor and several of his City Council members may well find themselves up to their waists in sewage problems while trying to run a re-election campaign.