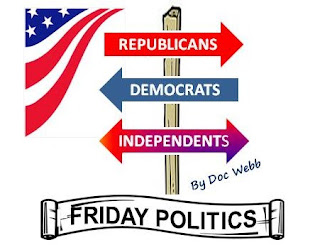 When your ballot shows up be sure to read the instructions, vote and mail it back


St. Petersburg Fl
Opinion by: E. Eugene Webb PhD
Author: In Search of Robin
You may have already received your mail in Ballot. Mine showed up in the mail Wednesday.
Ballots are Precinct Specific. If you are not voting by mail and want to get a look at your ballot, go to Pinellas County Supervisor of election's Precinct Finder and enter the information.
VOTING
Mail ballots were sent out on October 4, 2015.
Early Voting: Click for locations and more info.
October 24 – November 6
Mon.-Sun. 7:00 a.m.-7:00 p.m.
Check the Pinellas County Supervisor of Elections web site if you have any questions, great site with answers to most of your election questions.
When your ballot shows up be sure to read the instructions, vote and mail it back.
MEDICAL MARIJUANA
State Senator Jack Latvala, who has had a good time taking potshots at various initiatives since his unopposed reelection, came out against medical marijuana last week.
Michael Auslen Tampa Bay Times, Sen. Latvala and former Supreme Court Justice Bell declare opposition to Amendment 2.
Mitch Perry saintpetersblog, Jack Latvala comes out against medical pot; the internet reacts.
It seems the good Senator is using some of his reelection campaign funds to pay for the TV ad you may have seen. Wonder if his contributors share his view on medical marijuana.
I think his kids and pot argument is lame at best, but this does give him some media coverage something the good senator likes very much.
RUBIO/MURPHY
Marco looks a little more worried each day. Doc Webb Bay Post Internet Rubio – why would Florida send Rubio back to the US Senate?
Why any Floridian would want to send, Rubio back to the Senate to run for president for the next six years is beyond me. The current TV ad, "It's even worse when he shows up" is a parody on Rubio's attendance record, but the ad makes a good point.
Floridians need someone in the Senate who will show up, focus on Florida issues and represent our state.
TRUMP/CLINTON
Trump seems to do everything he can to generate negative press. I am still not convinced that Trump really wants to win.
The idea of being president stills fascinates Trump, but it seems that every time his poll numbers rise, Trump does something deliberately to make them drop. It just may be that the thought of the office and the grand stage is what draws Trump but the idea of the responsibility scares him.
Clinton continues to build her campaign on complaining about Trump and his idiosyncrasies, while dodging most of the key issues.
The liberal media is doing all they can to push Hillary over the finish line. If Clinton had a serious politically perceptive challenger, she would be in real trouble.
If you would like to make a tax-deductable contribution to the Clinton campaign, just send a contribution to your local NPR station. If the folks at NPR lean any more left, they are going to fall into Hillary's shadow.
E-mail Doc at mail to:dr.gwebb@yahoo.com send me a Facebook (Gene Webb) Friend Request, and be sure to Like of Share on Facebook.
See Doc’s Photo Gallery at Bay Post Photos
Disclosures: