Trump the Russians and the new media 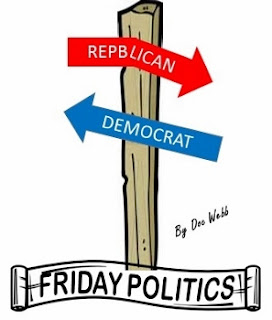 Did Trump go too far? If recent past history is any indicator probably not.


You just have to wonder how all of these political directors, talking heads who portray themselves as political pundits or experts and media professionals continue to fall prey to the Trump media exploitation.

Right in the middle of the Democratic Convention Trumps drops the bombshell he, “Hopes the Russians get the 33,000 Hillary emails."

Every pundit commentator former political official and anyone with a microphone or computer jumps on the story.

The veins in Wolf Blitzer’s head are bulging.

Even Trump’s own VP is backing away.

Careful Mike, you could get yourself fired! If this kind of stuff was going to affect your sensitive id, then you should have passed on the VP offer.

Did he go too far? If recent past history is any indicator probably not.

Trump is Trump and this is just the beginning.

With Paul Ryan and every other Republican insider looking for any reason to dis Trump, maybe it is time they all pull out of the Trump campaign and declare the Republican Party does not have a presidential candidate this cycle.

Disavow him completely once and for all and let him run his own political show.

Then you and all the rest of the Republican political elites can crawl back into your safe comfortable shell of political correctness, ignore the media and hope for better days.

At the very worst it will only be 8 years.

Besides, all of those sheepish, uncomfortable looks make you guys look like idiots.

Trump is not embarrassing you.

He could care less about the Republican elite. He may be embarrassing himself, but for now it is the best reality show on TV, available on every channel, the ratings are through the roof and for the most part it is commercial free.

Donald has gotcha and you just can seem to get away.