Who would be St. Pete's new Mayor – part two? 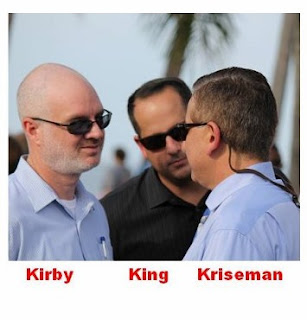 Kriseman doesn't need a PAC the taxpayers of St. Petersburg are footing the re-election bill.

Politics are in the air these days what with Donald Trump creating a completely new approach to the national ticket and both political parties still trying to figure out the "new normal" in style and campaigning.

Some down the ballot candidates are attempting to emulate the presumed Republican nominee for example, Carlos Beruff while others have adopted the milk toast statement "I will support the nominee of the Party whoever that is" maintaining what they feel is a safe distance from the Trump aura should he finally implode.

Locally, however, it is politics and especially democratic politics as usual in St. Pete. My Post In November of 2015: Who would be the next St. Petersburg Mayor? drew quite a response so a follow-up is in order.

Those who are considering a run for St. Pete Mayor should note that the incumbent, Rick Kriseman's campaign has been fully underway since he took office.

Kriseman doesn't need a PAC the taxpayers of St. Petersburg are footing the re-election bill.

Charlie Frago's Tampa Bay Times story: Who gets paid what in Mayor Rick Kriseman's office?
lays out the funding.

King has done little more than stir up controversy while Kirby's syrupy slick social media posts about everything the Mayor does and political correct responses to media questions are just short of campaign propaganda.

With all that hype over the upcoming election, it might seem this is not the time to be looking ahead to the Mayor's race, but St. Pete needs a mayor for the entire City, and that is not Rick Kriseman.

The Kriseman City Hall political machine will really start to ratchet up after the November election and the objective will be to scare off any would-be opponents.

Now is the time for any serious candidate to put together a committee to elect or an exploratory committee and potential supporters may want to begin thinking about a PAC or two.

St. Pete voters need to clean out the political cronyism in City Hall, elect people who will honor the will of the citizens of St. Petersburg and represent north, south, east and west St. Pete.

In other words, it is time for a change.