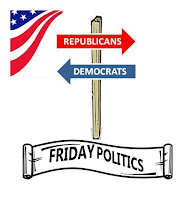 It would bring together on the same stage the two change agent political candidates of this election cycle.

As I write this on Friday evening, the Sanders/Trump debate seems to be gaining legs by the hour.

Would it be the debate of the century? I am not sure.

Would it really mean anything?

For Trump it would be a glorious show case.

For Sanders a single chance to get a real shot at Trump.

The risk to the Democrats is the very strong possibility that Sanders supporters may not see the boogie man in Trump the media has been selling and vote for him when Sanders is shunned by the Democratic Party.

There are tons of details to work out, which network, where, who will the moderators be and then there is the $10 million Trump wants to go to charity.

We are about to find out just how greedy the networks are as they try to negotiate their way around the big price tag. Private funders may step in.

There is a legitimate question as to what would actually come from a Sanders/Trump debate.

It would bring together on the same stage the two change agent political candidates of this election cycle.

It would allow those looking for change in the political process to hear their candidates air their differences and agreements.

It would be great theater, great politics and I think it would enhance the current political process.

There will be no winner or loser between the candidates, but there will be a big winner – the people.

Is the $10 Million for charity to great a price?  Not really. Trump makes a good point; whichever network carries the debate will make a ton of money.

Networks are reporting funding sources are already stepping up. No names so far.