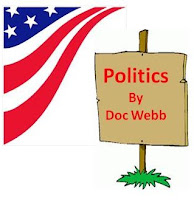 Where things got interesting was in the question and answer session. 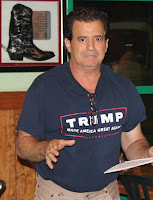 Periodically, I get an e-mail from the Pinellas County Republican Executive Committee that lists upcoming Republican events and includes this disclaimer:

DISCLAIMER:
This notice is for informational purposes only, provided as a courtesy to our subscribers and our Republican candidates. This is not an endorsement by the Pinellas County Republican Executive Committee.

Listed this past week was an event for the Donald Trump Campaign: 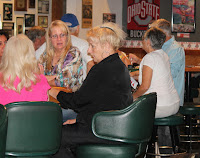 I stopped by Quaker Steak and Lube to check it out there were about 25 to 30 people in attendance.

Since the Florida Primary is over and there is little to do at the presidential level for now, I was interested in the theme of the meeting.

Typical at the Trump events I have attended so far, there is no begging for money and no contributions accepted. 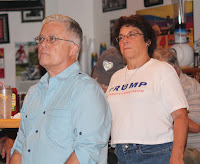 The purpose of the meeting was to give supporters and campaign workers an update on the overall Trump campaign and to plan some phone banking for upcoming primaries in other states.

Mike LaRosa, Pinellas County Trump for President Co-chairman led the meeting giving information about the current state of the campaign and an overview of the delegate situation.

Where things got interesting was in the question and answer session.

The people in attendance represented a reasonable cross-section of Trump supporters. I expected questions about the latest Trump media issues, Muslims, wives, etc. Instead, this group asked detailed questions about the upcoming primaries, the nominating process, delegate counts and the convention process. 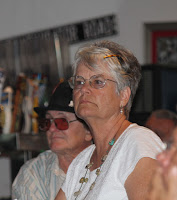 I cannot remember being in a political rally/meeting where there was as much knowledge of and interest in the nominating process.

There was some genuine concern about what the Republican Party might do at the convention and notably there was no one at this meeting from the Pinellas County Republican Executive Committee.

My take away is this group is fiercely loyal to their candidate Donald Trump, and they have become very engaged in the nominating process.

Some of those really "good Republicans" who hold their nose every time they mention Trump's name probably needed to set in on one of these meetings. These are the people who will vote, and they don't seem to be in much of a mood to be messed with.

These meetings will continue about every two weeks. You can contact Mike LaRosa at 727-455-5638 or visit the web site trumpforflorida.com for more information.