Sorry no Gondolas for now 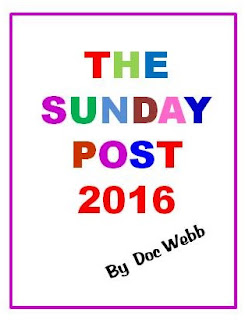 Until a serious, graft and corruption free regional transit entity can be created, things are unlikely to change.

The U. S. Department of Transportation's Smart City Challenge pledged $40 million to a City that would integrate modern Technology into its transportation system.

You can get some detail in the Tampa Bay Times editorial: Failure to think Big on transit.

The state of public transportation, as pointed out in the Times editorial is a mess. Way too many cooks and nobody can agree on a recipe.

Until a serious, graft and corruption free regional transit entity can be created, things are unlikely to change.

TBARTA is useless, the various MPOs cannot get their act together and the two big players Pinellas County and Hillsborough County seem to keep each other at arm's length on transportation issues.

The issue here is the age-old problem greed.

Everyone in the decision process sees public transportation from his or her economic benefit perspective not from the public's need. Transportation redevelopment is usually the key issue with investors, developers and special interests more concerned about the ability to make money from the opportunities along the route and little concern for the actual user. GreenLight Pinellas being a good example.

The Go Hillsborough Parsons Brinkerhoff/Beth Laythem debacle is a classic case in point. As long as the connected have their hands either in the pot or access to it, the public should not tax itself one dime for these programs. The Hillsborough County Commission should quietly fold up Go Hillsborough, take a deep breath and start all over.

In Pinellas County, the grand plan of light rail seems to be languishing quietly below the surface while PSTA is a least trying to make strides with the bus system.

Pinellas, I am sure, is watching Go Hillsborough but the problem is Go Hillsborough has become so mired in typical Tampa/Hillsborough political shenanigans it is hard to get a real read on how the public would react if everyone was playing straight.

It is going to be a long, long, long time before the guy or gal that drives his/her BMW to work opts to ride on a bus or a train for that matter.

A lot is made that the millennials ride the bus. They may ride the bus from one bar district to the next; but when they want to go shopping at the International Mall or Countryside they do and will continue to drive their electric cars.

The point is public transportation is a long and difficult struggle in the Bay area. So far, we have seen the two poorly planned and misdirected transit initiatives designed more to line pockets than move people fail. If it makes it to the ballot, Go Hillsborough will be the third.

The politicians need to think carefully. They are actually educating the people to vote against these transit issues with the lies, misinformation and carryings on like Go Hillsborough.

It is time for the serious leaders in Pinellas and Hillsborough Counties to jettison the likes of TBARTA, GreenLight, Go Hillsborough, Pasrsons Brinkerhoff Beth, Laythem and their counterparts and begins to develop a long-range comprehensive transit plan for the region that the people trust and believe.

Otherwise, in 2036 you will be setting on the Howard Franklin Bridge at 9:00 AM in your electric powered whatever at dead stop.