St. Pete floundering in a sea of violence and indecision 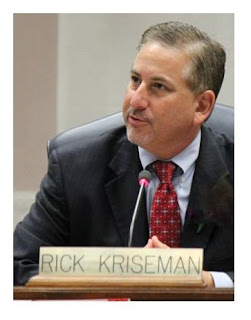 In the last quarter of 2015 St. Petersburg had a sudden increase in shootings.

St. Petersburg, Fl
Opinion by: E. Eugene Webb, PhD
Author: In Search of Robin
St. Pete Mayor Rick Kriseman seems to be taking a page from the Obama play book and blaming the current rash of shootings and South side problems on guns and especially on stolen guns.

Why guns and not failing schools, or jobs, or ineffective policing, or refusing to dedicate sufficient resources to cause a change?

In December, I Posted Are guns really the problem in St. Petersburg or is the Kriseman Administration letting its citizens down?

When you are a politician, and you have a major problem you do not really want to deal with what do you do?

Guns and gun control is a hot button right now and what better way to get the focus off the real problems in south St. Pete than to bring up the gun issue.

It is a lot easier to yell guns than it is to take on the Pinellas County School Board and fight for the people that elected you or take money from your pet projects and actually do something.

Charlie Frago’s Tampa Bay Times article St. Pete to start thinking outside box on gun violence sets the stage for bringing the gun control issue front and center to St. Pete, so we can waste a lot of time and money arguing about something that will never happen - local gun control.

All of which begs the interesting question: if the St. Pete Legal Department is working on these issues, and the Mayor doesn’t know about it how does the word get to the media?

Maybe the Times is being played.

Kriseman made a lot of noise during the election about the problems in south St. Pete, but he has been short on practical solutions. $900,000 for a jobs program, $350,000 for a ferry, $70 million and for a playground for the millennials, it seems if the Mayor was really concerned there would be a major reallocation of resources.

Look at the age of those involved in the recent rash of shootings, walk back their educational history and let’s see how that correlates with the failing schools that are at the heart of south St. Pete's problems.

From the comments at Saturdays swearing in, it seems there is a realization that something has to be done.

The question is can Wheeler-Brown, Nurse, Gerdes and Foster stay the course and bring along Kornell, Rice or Montinari to form a voting block to get something done for south St. Pete?

Kennedy will remain the outlier on all things south of Central.

It is time for Kriseman and his dream team to take a step back and look at the big picture.

If the current level of violence spills over into the millennial's is back yards or their downtown play ground, you can look for a major flight and all the art, bars, coffee shops and craft beer you can muster up won’t stop the exodus.

It is time for the Mayor to go “hands on” in south St. Pete, no more politically slick diversions, no more ducking the issues. The Mayor needs to reallocate significant resources to south side issues and take a firm stand on the south county schools by actually putting some political pressure on the school board.

How about endorsing Bill Dudley in the School Board election?