Something smells out at the PSTA 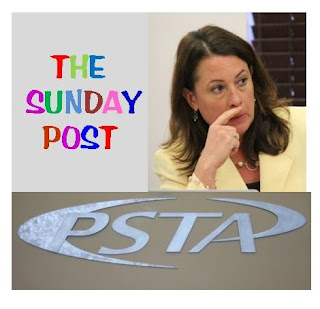 Then from Mike Ferrier and Mike Deeson at 10 News: 10Investigates Sunshine Law violation at PSTA.

According to the Ferrier/Deeson report, Pat Gleason assistant attorney general says the nomination vote and the vote by the entire Board today to elect Rice chairman next year is null and void and needs to be redone.

Well voting again on something that was already a violation of the Sunshine laws doesn't exactly "set it right."

First of all, Darden Rice is always looking for something to add to her political resume because that what she does public service. So it almost is an intuitive given that she would jump at the chance to set in the lead chair on the PSTA Board.

You might want to shrug all this off as a simple mistake upon the part of Ms Johnson and Ms Rice, but both are seasoned politicians; both understand the Sunshine Law, and both should know better.

Deals or "understandings" no matter how innocent they may seem are inappropriate in a public body and Rice's ducking of the Channel 10 news teams direct question about the incident should raise further questions.

The PSTA Board has a less than stellar history over the past few years from their booting out Norm Roche to their continued support of Brad Miller as CEO after serious questions arose during the GreenLight debacle have been a classic examples of how screwed up this Board really is.

To set it really right Rice should simply withdraw and let the PSTA Board elect someone else as chair.  If she chooses not to withdraw her name from consideration, the PSTA Board should protect the taxpayer's interest and not confirm her nomination.

Let's not start out 2016 by approving something that was obviously done wrong and simply re-voting does not erase the violation that occurred.

Large amounts of Federal money are starting flow into PSTA again, and the Board needs to be pristine in its operation.  With Miller and basically the same GreenLight staff still in place the PSTA Board chair has a significant challenge on his or her hands to keep the PSTA administration in line.

Starting off with a questionable Board Chairmanship election process is just not the way to go.