The new St. Pete City Council will anything change? 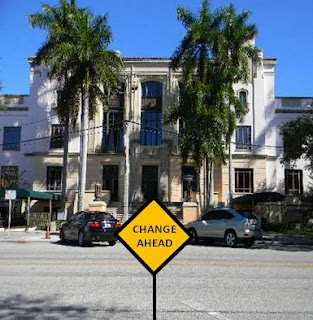 Newton and Dudley gone, Montanari and Wheeler-Brown in will there be less strife more congeniality – maybe.

There is quite a bit of speculation about how the outcome of the recent St. Pete City Council election will change the balance of power on the City's governing body.

Ed Montanari will be a steadying voice on the new City Council starting January of 2016. Montanari, a jumbo jet pilot by trade, is a calm and steady thinker who spends time understating the facts and the options. His long run of public service, including his work in the airport group and the Pier task force gives him a lot of back ground. Look for Montanari to be insightful, and cooperative. He is not a big conflict person and will like to have things well worked out before they go to a vote.

Lisa Wheeler-Brown could be tagged as an inexperienced newcomer, but that would be a big mistake. After several years of navigating her neighborhood association and a stint as head of the Council of Neighborhood Associations, she is not coming to City Council as an uninformed light weight. She has already had time in front of Mayor Kriseman. I sat down with Lisa in March of 2014 for a Casual Conversation with CONA President Lisa Wheeler-Brown.

Lisa took some hard knocks during the election and got some great support in the process. There was concern among many, me included, that she may be a bit of a rubber stamp for the Mayor. I expect the Mayor will get a couple of favorable votes from Wheeler-Brown, especially on the Rays issue.

Look for Steve Kornell to be more bullish on the issues he is concerned about,  Charlie Gerdes will stay steady with a possible eye toward a bid for the Mayor's seat, Amy Foster is a bit of a question mark given her support for Wheeler-Brown's opponent, look for her to be a calming voice.

Kennedy now term limited will be more aggressive and with his nemeses Wengay Newton gone meetings should be less frustrating for the two-term council member.

Biggest issue on the table seems to be the Tampa Bay Rays driven by the Tampa Bay Times obsession with getting a "deal" so the Rays can look for a new stadium site within the Bay area.

There is a growing understanding upon the part of City Council that continuing to be tied up in the Rays dispute is a waste of valuable time. Pressure from the County Commission is also adding some immediacy to the discussion. I expect this issue will be quickly dispatched with or without Wheeler-Browns vote.

The whole Rays deal could be done before the new council members are seated in January, but look for Kriseman to try to drag out the process, so he can cash in on his support for Wheeler-Brown and try to flex his political mussels a little.

Without the constant questioning by Wengay Newton 2016 meetings should move more quickly. There will be less actual decision making as things should be pretty well hashed out before they get to the Agenda.