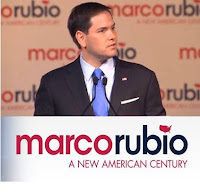 Problem is as the scrutiny of Rubio picks up, things don't seem to be going all that well.

With the Republican presidential candidates up in arms about everything related to the debates following the CNBC debate meltdown it seems mainstream media is giving Marco Rubio a little push to see if they can help eat into the Trump/Carson outsider lead.

Regarding the CNBC debate, the continuing poor performance of the cable industry's so called top journalists has become a major embarrassment. Sooner or later cable news executives will realize that hiring so-called journalists for their cleavage, haircuts and nasty attitudes simply doesn't work.

In fact, it may be time to be quit calling these cable channels "news" organizations and call them social media outlets because that's what they are.

In any event, Rubio is getting a shove from almost every media source to try to push him up in the poles so a traditional candidate can at least have a shot at the nomination.

Here is an article from CNN politics Marco Rubio dismisses questions about his finances.

The Republican establishment, desperate to get back in control, is willing to try anything to get a so-called traditional candidate back to the center of the stage, including Marco Rubio.

Rubio wasn't prepared for the Senate, his approach and respect for the institution of the Senate and failure to represent his state's interest show that, and he is certainly not ready for the White House.

For now, the media and the political pundits are trying to push someone out front to disrupt the Trump/Carson band wagon. I don't think it will work.

Sooner or later, the real Marco Rubio will show up, and it will be all over.