St. Petersburg's BP oil spill settlement money Kriseman on how to spend it 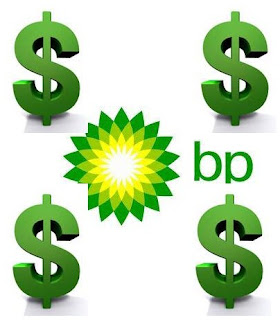 Notably missing is any effort to deal with issues in south St. Pete

The City of St. Petersburg is set to receive $6.5 Billion from the BP oil spill settlement.  Charlie Fargo has the details in his Tampa Bay Times article Kriseman releases wish list for $6.5 million in BP settlement money

$1.4 million dedicated to preparing the city for rising sea levels and other climate-change  challenges
$1.2 million for a plan to cope with extreme weather and climate change
$1 million for a bike-share program
$1 million for wastewater infrastructure repair
$1 million to upgrade city infrastructure to make streetlights and city buildings more energy efficient
$1 million for an arts endowment
$350,000 toward a private commuter ferry that would cross Tampa Bay
$250,000 to help the University of South Florida buy a new marine research vessel
$250,000 for an action plan to create a road map toward creating a carbon-neutral city
$266,250 to purchase structure to clear the way for building a new Shore Acres Recreation Center
$125,000 to purchase and plant about 250 trees in all eight City Council districts

Notably missing is any effort to deal with issues in south St. Pete, after-school jobs programs or commitments to the City's "failing schools".

Infrastructure is a big issue in the City. Council member Karl Nurse said, "The mayor is shortchanging the most pressing need: massive repairs to an aging sewer system that led to the dumping of more than 31 million gallons of wastewater during heavy rains this summer."

Pretty easy for Rice to say given she lives in one of the City's higher elevations and is unlikely to be wading through the raw sewerage to get to her car.

The $1 million-dollar arts endowment is a laudable effort, but the primary objective is to get the arts community out of the City budget.

A 1 million endowment for public education to aid any substandard school in St. Petersburg would produce a significantly greater long term benefit for the City.

Given the amount of money USF floats in I think they can buy their own research vessel, the commuter ferry is likely to be a bust and do we really want to spend any of this money on "trees?"

Unless the Mayor tries an end around the City Council will decide on how the BP Money will be spent. In making those decisions it would be good to remember the environmental cost we all paid for this disaster and the lingering notion that it is probably not really over.