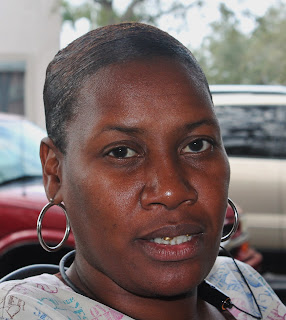 "District 7
Term limits prevented incumbent Wengay Newton from running for re-election, leaving the race to the two candidates who polled the most votes in the August primary.
Lisa Wheeler-Brown is an activist and former president of the Council of Neighborhood Associations who says she supports the Rays stadium deal and will work to improve safety and employment opportunities in the district, which includes some of the city’s poorest neighborhoods. She faced petty theft charges as a young adult but says she learned from her mistakes.
Will Newton, the brother of outgoing council member Wengay Newton, is a district vice president of the Florida Professional Firefighters organization and has a solid resume of public service that also includes serving as a neighborhood association president. He is against the Rays stadium deal because he doesn’t think it adequately compensates the city. He says he will work to bring jobs and foster home ownership in the district.

The candidates share similar priorities, and we favored Wheeler-Brown in the primary because of her support for the Rays. But recently revealed discrepancies in her campaign finance reports raise questions about her judgment.

Newton assures us he will work collaboratively with the council and is open to considering a different Rays offer if one is brought forward.
For District 7, the Tribune recommends Winthrop “Will” Newton."

The Wheeler-Brown Campaign began to unravel following a series of Posts by Janelle Irwin in saintpetersblog:

From the Newton Campaign web site: Will Newton for St. Pete City Council: 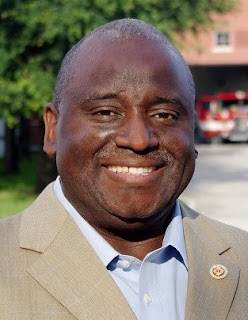 "How often does a career call for determination, hard work, trust, compassion and the courage to save lives? If you’re a St. Petersburg Fire Fighter, the job demands no less! Will Newton is the real deal, trusted by his colleagues to lead as their association president a dozen years, named Florida’s Fire Fighter of the Year by the Governor and Cabinet, founding a union of professional fire fighters, and serving as an instructor across the U.S. and Canada. But Newton’s commitment doesn’t stop at the end of a long shift.

He’s served as President of his Neighborhood Association, played a leading role with the Community Change for Youth Development (CCYD) program in Childs Park, and volunteered with the Juvenile Welfare Board and the Rays Baseball Foundation too. Respected as a tough negotiator, professionally accomplished, and committed to the people of his home town of St. Petersburg, Will Newton will be a City Council member dedicated to you, your future, and your family’s future!"