It's all about The Party 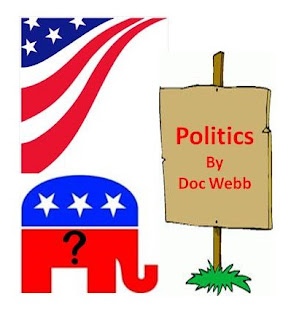 People are simply fed up with the Grand Old Party (GOP).

As Scott Walker bailed out of the Republican herd running for president he suggested maybe even encouraged others to do the same for the benefit of the "Party."

That would be the Republican Party, which is precisely the reason the non-traditional candidates are currently so popular. Walker proposed that the field narrow so the "Party" could more effectively confront the likes of Donald Trump, Ben Carson and Cary Fiorina.

People are simply fed up with the Grand Old Party (GOP). The Republicans were elected to take over the House and the Senate to get things done but have not been able to work together, let alone with the Democrats. To many personal agendas, too much ego, it's more of a riot than a Party.

Just the fact they floated 17 candidates for president is a clue that they cannot all get together and set a common direction. As the conservatives drag everyone in the "Party" around by the nose, things get messier and messier.

The Republican Party is a nice place with lots of money floating around, plenty of loyal consultants and operatives and almost too much individualism.

I am pretty sure the public was really not up for a union busting president who liked to brag about being elected three times in four years. Given the state of the world, we just don't have time for that.

Walker's call for the "Party to attack the outsiders, especially Trump" seems to typify why everyone is so fed up with the professional political class. Whenever all else fails to let's circle the "Party" wagons and try to protect the political class.

Everyone is waiting for the great "fade" to begin as people move from the outsiders back to more traditional candidates. The pundits are predicting it. The Sunday talk-show hosts are praying for it. Editorial pages are screaming for it. Question is: are the people buying it?

With Carson's Muslim stumble this week, and Fiorina rising in the polls; the establishment may have their hands full getting the public to move toward Bush or Rubio as primary days draw near.

For now, it's just good to see all those career politicians, with all of those wealthy donors in a tizzy because they can't get their way.