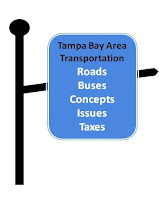 Our previous post identified there is a Wizard of Oz down at County Center who is manipulating the process - much of it outside the Sunshine and behind the green curtain.

We'll pick up where we previously left off with the hostile takeover of HART put on the back burner, for now. Wizardry could not dampen the distraction of that issue.


>>BOB BUCKHORN: I THINK IT WOULD BE SOMETHING THAT -- AND OBVIOUSLY EVERYTHING HAS SEEN THAT WE PUT A RAILPROJECT ONTHIS LIST, SO NO SURPRISE TO ANYBODY, IT'S GOING TO HAPPEN.WE'RE GOING TO GET THIS DONE.

>>MARLOWE: WELL, LET ME JUST PREVIEW AGAIN OUR JUNE MEETING. WE'LL BE PRESENTING TO YOU THE FIRST PARTS OF THE BUSINESS PLAN, WHICH WILL INCLUDE ALL THE KEY ECONOMIC SPACES AND WHAT THOSE PROJECTS WILL COST;TRANSIT....

>>MARLOWE:  IF I MAY JUST MENTION, WE WERE PLANNING FOR MORE OF A FOCUS ON TRANSIT IN OUR NEXT WORKSHOP.

No transit projects were EVER presented to the PLG.

Suddenly the June and July PLG meetings were abruptly cancelled by Merrill. The Wizard of Oz needed some breathing room behind the curtain to manipulate some levers and buttons.

The cancellation of the June PLG meeting to present transit projects occurred conveniently right after the AEComm transit assessment was completed in May. That assessment stated that
Hillsborough County should invest in transit prudently and cautiously and that we do not have transit ridership high enough to qualify for federal funding of fixed guideway solutions.

Apparently, the Wizard also did not want to rain on the MPO's parade. Why? Because the MPO presented at the July 21, 2014 HART board meeting a downtown rail plan study they did in conjunction with the Downtown Partnership.

While there were no open and public meetings in June or July last year, nothing stopped. The Wizard's levers and buttons continued to be orchestrated behind the green curtain.

We posted here what Merrill presented to the HART board at their June 9, 2014 meeting. At that time transit projects were still planned to be presented at the June 26 PLG meeting.


Merrill stated there will be a comprehensive list of proposed projects at the next Policy Leadership Group meeting on June 26 that will include a BRT demo project, people movers, etc. When asked by a Board member what the BRT demo project was, Merrill didn't answer the question. We'll have to find out more at the June 26 meeting because no details were provided by Merrill about the list of proposed projects. (emphasis mine)

Note the slide Merrill titled "What are We Agreed On?". Merrill or someone apparently forgot about 2010.......Does equity in mobility and funding solutions sound Socialistic? Does equity in mobility and funding solutions mean throwing our tax dollars at high cost solutions just to be equitable? Where's cost-effective, efficient or even effective?
Advocating for a tax increase is policy making. Policy making is the responsibility of elected county commissioners or an elected county mayor. It is not the responsibility of an unelected bureaucrat, the county administrator.

As late as the June 18, 2014 BOCC meeting, Merrill told the county commissioners an entire transportation plan was to be presented on June 26:


THAT'LL BE BROUGHT TO THE POLICY LEADERSHIP GROUP ON JUNE 26th, SO THAT WILL BE THE FIRST TIME THAT THE ENTIRE TRANSPORTATION PLAN IS PRESENTED (emphasis mine).

THERE WILL BE A BALANCE OF TRANSIT

Merrill had an entire plan ready to be presented last June? Why wasn't it ever presented to the PLG? What happened? Who got "cold feet"?

Instead, Merrill started taking this presentation touting trains, fixed guideways and a new huge tax increase out on the road to over 60 local organizations.

Merrill's presentation includes that we invest "early" in Fixed Guideways in direct opposition to what the AEComm transit assessment stated. Is that why the county wanted to bury the AEComm report?
Did the commissioners back then ever take a vote on this policy direction? No. Why aren't the county commissioners in synch with the state's direction for highly utilized managed lanes added for additional road capacity that are shared with express bus service?

Merrill lived in Germany a while and he likes trains. However, the rendering below from his presentation looks more like a safety hazard than anything else. Somebody's bound to get killed with a solution like this. Has Merrill Googled the issues with the new DC streetcarlately?  Is a train, a single lane of traffic and a bike path what Hillsborough County wants to spend billions on to fix our traffic issues? Ridiculous?
Merrill's presentation is almost entirely focused on transit. It is so biased that his one page Value Proposition does not even mention roads, the county's largest and most utilized asset that has the biggest funding gap. In addition, some of Merrill's Value Proposition talking points are very questionable as they came from APTA (noted in very small print), the big transit lobbyist in DC.

Merrill's presentation was the cart before the horse, way out of line, exceeded his County Administrator responsibilities as defined in our Charter, and an attempt to direct the narrative (including our local media narrative) early for pushing another huge 30 year sales tax increase.

The next PLG meeting finally got scheduled in August.

Next up:  what the Wizard ordered.