Is the Kriseman administration Weasel Wording their way around the Development Opportunity issue in the DWMP? 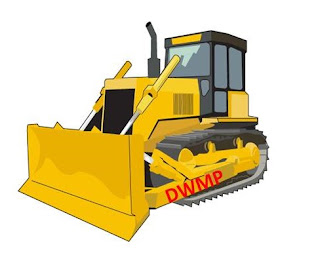 Opinion by: E. Eugene Webb PhD
Coauthor of: So You Want Blog .
Here is a question from a Blog reader that deserves an answer:
Dr. Webb - Perhaps you can help clarify or raise the question on the following language on the revised Page 68 of the Plan that addresses the areas around Al Lang, The Mahaffey & the Dali. The " Redevelopment Opportunity "  language has been removed & replaced with " Opportunity Site for Civic and Cultural Use". Any idea what constitutes Civic & Cultural use? The language is very ambiguous.

My concern is that this is just another way of saying development. Could that be commercial development? After the bait & switch tactics ( & resulting loss of credibility ) previously used by the City on the DMWP I think that the revised language begs clarification.

This is just another example supporting your posting that suggests that the Council be very clear in what is allowed for by the DWMP & that it not be commercial development of the waterfront.
Thanks,
B...
St. Petersburg

For example, one could argue that a craft brewery fits into the "cultural" definition.

It looks like the Kriseman administration is trying to weasel word the definitions of these key pieces of the waterfront property so they are broad enough to drive the preverbal development bulldozer through.

How about labeling them "Non Commercial Opportunity Site for Civic and Cultural Use" unless the real goal is commercial development?