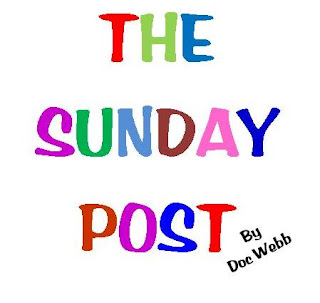 Wednesday's PSTA Board meeting was a typical right up to the very end.

The Board whizzed along Wednesday through the agenda and received a favorable budget report that estimates PSTA will be able to operate to nearly 2021 without dipping into reserves.

PSTA has done a good job of pulling some rabbits out of the hat but has used some estimates on fuel prices and property tax revenues that could be a bit volatile. The entire budget on paper looks pretty good.

More telling will be how the budget actually affects service, and that will become clear in the next few meetings as route changes and deletions begin to take shape.

All went along well until item number 12 on the Agenda which is simply Board Comments.

PSTA Board member Doug Bevis, Mayor of Oldsmar, was first up in this round robin of comments where most members resort to promoting some event in their community or thanking PSTA staffers for their efforts.

Mayor Bevis began by thanking the budget staff for their excellent work and then said, "I think it is a good thing GreenLight failed.' He went on to add, (Paraphrasing)"If Greenlight had not failed we would not have had the level of review we see in this budget and a leaner PSTA."

I was at the meeting and as he as speaking, I did a quick sweep of the dais and if looks could kill Oldsmar would be looking for a new Mayor.

The next couple of speakers tiptoed around Mayor Bevis's remarks doing the soft shoe that is typical of this section of the Agenda, then Commissioner Welch was up to bat. 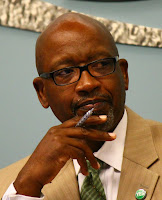 Neither able nor capable of just letting it pass, Commissioner Welch said he could not agree completely with Mayor Bevis that the GreenLight defeat was a good thing but, "He was about 90% sure the Oldsmar Mayor was right."

Remember Welch was the PSTA Board Chairman, who defended the ethics review during GreenLight, supported Brad Miller's bad judgment during the misuse of Federal funds debacle, lead the charge for a vote of confidence for Miller, constantly and vehemently pushing the GreenLight referendum and belittled those who opposed it.

Now all of sudden 8 months later he is 90% sure it was a bad idea. Where was the great enlightening? It could not have been the vote because he was still up on the idea after GreenLight was mauled at the polls.

The unanswered question is: how many other people on the PSTA board really agree with Mayor Bevis but are afraid to speak out?

They booted Norm Roche when he didn't buy GreenLight.

Here in lies the problem with PSTA, HART and all of the "Taxing Authorities" that are set up and populated with a majority of elected officials. The problem is all of these people are politicians. These boards should be made up of a majority of citizens so the politics is second and the governance is first.

It does not take a rocket scientist to simply observe and see that this board does not really function as a governing board. It is politics first and functional governance second in virtually every case.

The evidence is pretty clear as the board snuggles up to its new consultants and members who may face elections begin to set the stage by distancing themselves from their failed attempt to take $130 Million a year from this County's economy for something the people did not want.

And then they wonder why we don't trust them.

As for me I am 100% sure GreenLight was a bad idea before the vote, after the vote and I will be forever. And it is a fact 62% of the voters agree.