Baseball and the Trop is not St. Pete's Biggest Problem 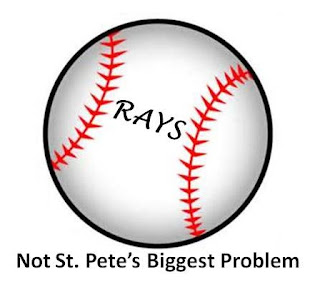 The Tampa Bay Times Editorial: St. Petersburg City Council boots it again on stadium stalemate seems to me a little over the top.

Calling for baseball to be a top issue in the upcoming City Council election cycle seems as much an over statement as some of those made by the council members the Times would like to replace.

Let's put baseball in perspective. It is a game where a few owners make millions of dollars operating in facilities paid for in large part by public funds. In St. Petersburg all of that happens for somewhere around 10,000 to 12,000 "fans" a good number of whom likely do not even live in St. Pete.

I am all for letting them look where ever they want and move as soon as they can. But I also understand a lot of people were displaced by the fanatical desire to get baseball, the City has put up a lot of money to keep the Trop running and all of that has sold a few newspapers along the way.

The interest of the people displaced and the rest of the citizen's of St. Petersburg needs to be protected.

But to think that any of this even begins to rise to the level of the problems on the south side of St. Petersburg, or the current attempted attack on the waterfront from the Downtown Waterfront Master Plan, or the City's aging water, sanitation and road infrastructure is just plain silly.

St. Pete needs people like Steve Kornell who are willing to stand up for what's right.

Kornell proposed $55 million. Council should adopt that number or something close.

Kriseman asked for a number now he has it. Instead of whining, take it back to the Rays and find out just how bad they really want to look for a new stadium.

People in St. Petersburg have a lot of issues to consider when they vote in fall, but baseball should not be very high up on the list of points that influence their voting decision.