The new St. Pete Pier. Are the wheels coming off this project yet again? 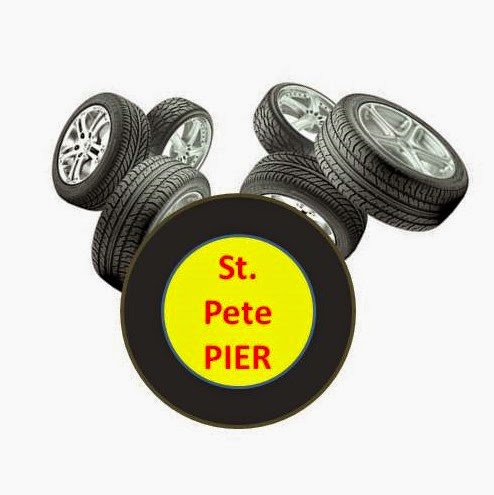 After a poorly planned final review meeting, lack of willing participation by the Committee members and a mini rant by Mike Connors, City Public Works Administrator and chair of the Pier Selection Committee resulted in a "no decision", the public is starting to respond to the process.

Here are some posts you might want to check out:

Kate Bradshaw - Creative Loafing Waiting for the Pier: why the process for selecting a new Pier feels like an existential play

Here are just a few of reader's comments. Why don't you log in to one of these sites and post your thoughts or send them to me at dr.gwebb@yahoo.com and I'll be happy to share them.

Jay - We need to get rid of the pyramid and move on.

Nick - Too bad that's not what the majority of citizens want.

Jay - A vocal minority does not make a majority, but they usually get what they want.

Nick - Jay we collected 24,000 petitions from registered voters who wanted to have a vote in the fate of that building, not too shabby…the people at the first task force survey in 2010 chose a refurb plan, but pushed aside by the city(mahaffey theater vote). Now we have poll after poll saying the same thing….reuse the architecture. If you don't like the architecture, that's your right.

David - Destination St Pete Pier is just as described in the editorial. And there is nothing out there to determine what the clear choice of residents is. Both polls were worthless, so get off of that horse.

Tom -     I like the idea about doing the phone survey, but they should do the Internet survey again. First they should let everyone know what happened, which they should have done immediately after the meeting on Friday the 20th. I would have prevented much frustration among the public. Now much of the public believe the committee is incapable of doing the job.

The phone survey should also identify the "Destination" pier design as the one that got the most votes by the public. I had to chose undecided on the phone survey because I wasn't sure what one it was.

Nancy - It is outrageous that the residents of St. Petersburg who are paying for the Pier with the tax dollars do not get to chose the design as promised.  No one likes the Alma but it is in the running.  Just who is get kick backs?

Roger - Let's not mince words. This entire "process" has been a political sideshow, pre-planned and orchestrated with the desired outcome known for over a year. Parading Casey Gonzmart out to speak publicly, with his ridiculous pleas, was the final straw, and a really stupid move by those pulling the strings in this city. There is no other explanation as to why a useless, disliked by most concept that does not follow the Pier Advisory Task force is sitting at #1. It was planned that way all along. The survey was nothing more than a feel-good exercise to placate the public, but it backfired on them. The real truth is coming out now. Mike Connors should be fired immediately if not brought up on charges for conspiracy, IMO. The City's only hope of tearing down the Inverted Pyramid lies with their final strategy that the public is worn out with Pier fatigue and will not participate in another protracted petition drive/battle. What they DIDN'T consider is that the previous opposing forces in Concerned Citizens, VOTP and most of the Lens fans have joined forces, and quite a few are either Attorneys or have very deep pockets (or both) and will not stand by and let Mike Connors and Rick Kriseman pull another stunt like Bill Foster tried. You can take that to the bank.

And Connors temper tantrum on video just proves it even more. Oh and by the way, here's more: Perhaps someone should ask Mr. Connors why the City filed a demolition permit request on September 11th, 2014 to demolish the entire Pier to the seawall, including the Pyramid, even though 11 of the 16 teams planned a renovation? Keep peeling the onion back, kids.

T - Why ask the citizens of St Petersburg which Pier design they would prefer, if 1 person on the Mayor's Committee picks HIS choice?
This is an insult to everyone who was asked to vote!
A majority of citizens selected "Destination St Petersburg" & that is the design that should be used!
Mr. Mayor, is this how your city government works?

Bill - Was all the voting just a big sham???