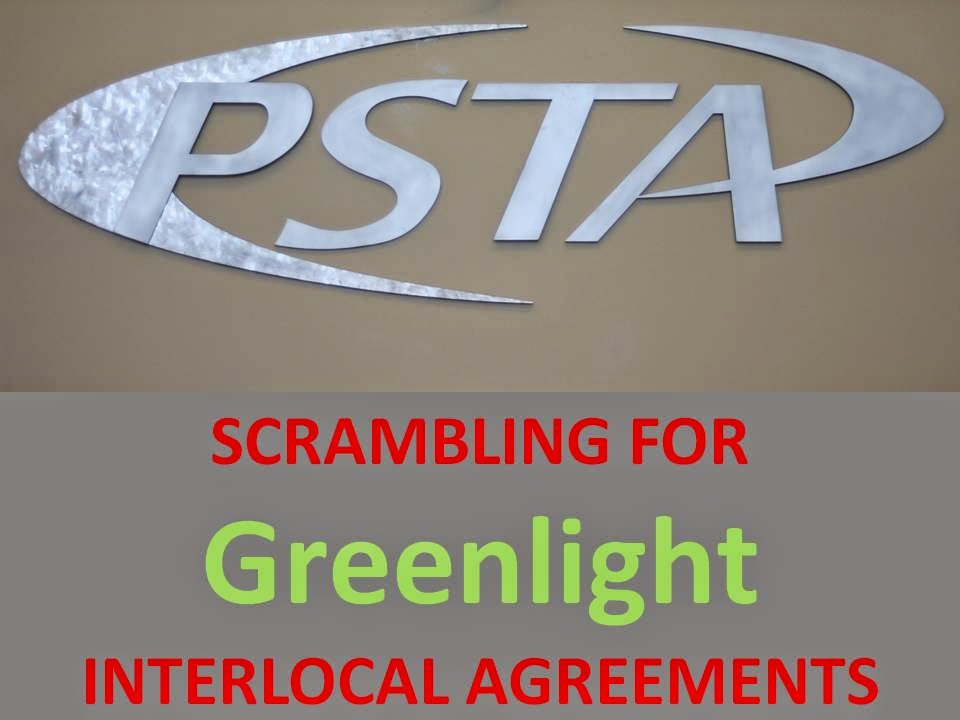 Here is a link to a good discussion of the talks on the undefined Interlocal Agreements that are part of the Sales Tax Ordinance:  County and PSTA hash out interlocal

Be sure to read this link.


Here are some notable quotes:

"The tax has no duration unlike Penny for Pinellas,” Bennett said. “The project, especially rail, is very ambitious. It has many moving parts.” Bennett is the Pinellas County attorney

While the PSTA in its political campaign says the sales tax will replace the Property tax:

"One point specifies that the County can withhold distribution of transit surtax proceeds and/or reduce the levy if PSTA ever decides to levy ad valorem taxes. The Greenlight plan calls for a “tax swap” – a transit surtax in place of the ad valorem tax – not double taxation."

Know this: voting yes for the Sale Tax referendum DOES NOT end the Property Tax. Only the State Legislature can do that.

Follow this: Here we have the PSTA Board who wrote the Sales Tax Ordinance, many of whose members are also on the Pinellas County Commission which will approve and enforce any interlocal agreement regarding the funds.

In other words, the people who will be responsible for collecting the funds from the State and setting the rules for their distribution, the Pinellas County Commission, these same people set on the PSTA Board of Directors and they are the people who want to get their hands on the money mostly to build a train to nowhere.

The article above goes on to say "Municipalities would need to work out their own agreement for reimbursement."

Once the PSTA has what will likely be an interlocal agreement with the County that looks like Swiss cheese and $130 million dollars in annual revenue, just how well do you think those negotiations with the "other municipalities' will go?

The PSTA and the County Commissioners who are on the PSTA Board are now in a panic to get an interlocal agreement, since the issue has been raised.

They want something in place before the election so they can point to something they will call "agreements", but remember these agreements are NOT part of the Ordinance, they will not be law, and they can and will be manipulated to the benefit of those who would build a train at any cost.

If the PSTA and the County wanted these controls they should have been built into the Ordinance so they would have the force of law.

The Pinellas County Commission and the PSTA and its Board are now trying to put lipstick on the pig, and I for one am not buying it.

Disclosures: Contributor to No Tax for Tracks