How Do You Redevelop a County With a Train? 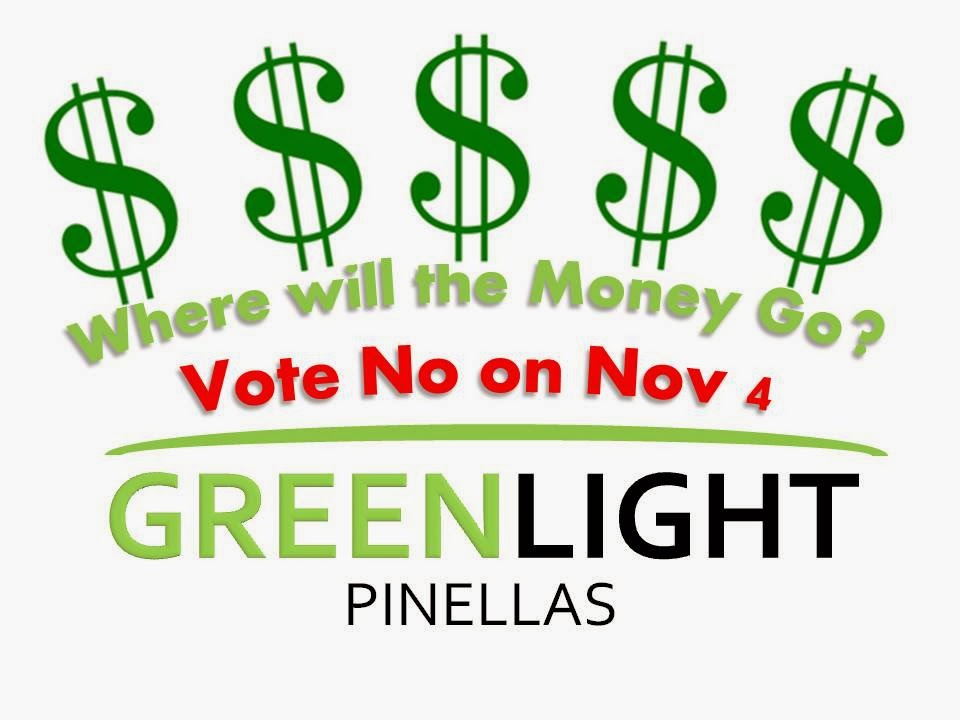 The Greenlight Pinellas plan and the upcoming tax referendum to support it is more about redevelopment than it is about public transportation.

The front piece of the marketing effort to get voters to pass this $130 million a year tax is the proposed expansion of the existing bus system. That's the wrapper on the package but it is not the content. Inside the package is a 2 plus billion dollar commuter train.

Interestingly there is no mandate in the Ordinance you are being asked to approve that the bus system actually be expanded. Only a vague promise to expand bus service..

Pinellas County is one of the most densely populated counties in Florida. Development was relatively uncontrolled due to the existence of 24 municipalities with differing goals and zoning codes. Generally the County is built low 1 to 2 stories, retail is sprawled out all over the County and there are widely dispersed areas of office, manufacturing and educational centers.

The real problem is given the large number of municipalities and  the density of the population, large scale redevelopment is almost impossible unless you have some form of over arching governmental authority.

What better way to start a major redevelopment effort in Pinellas County than to create a tax payer funded project that will hack a major corridor from downtown St. Pete to downtown Clearwater passing through a number of jurisdictions and some pretty valuable real estate.

This disruption, the construction of a light rail line using tax payer money to buy and eminent domain to take private property, would cause a major shift in everything from retail and commercial development to housing.

It really doesn't matter if no one rides the train, the real money will be made during the construction as speculators, realtors and developers buy and sell land around the project and to PSTA. And it is your tax money they will be playing with.

That is the real goal of the Greenlight Yes supporters. They don't put up the kind of money they're investing in this effort just so poor people can get a ride to work.

Do your home work, read the Greenlight Pinellas Tax Ordinance .

Look at the list of high powered supporters of this tax increase and then ask yourself this question.

Do I really want to hand $130 million a year over to this group to fund the borrowing of 2 Billion dollars in bonds so they can tie up the sales tax for decades to come, build a train few will likely ride, while many of them make a fortune from the project?