Are the EMS Wars About to Heat Up Again? 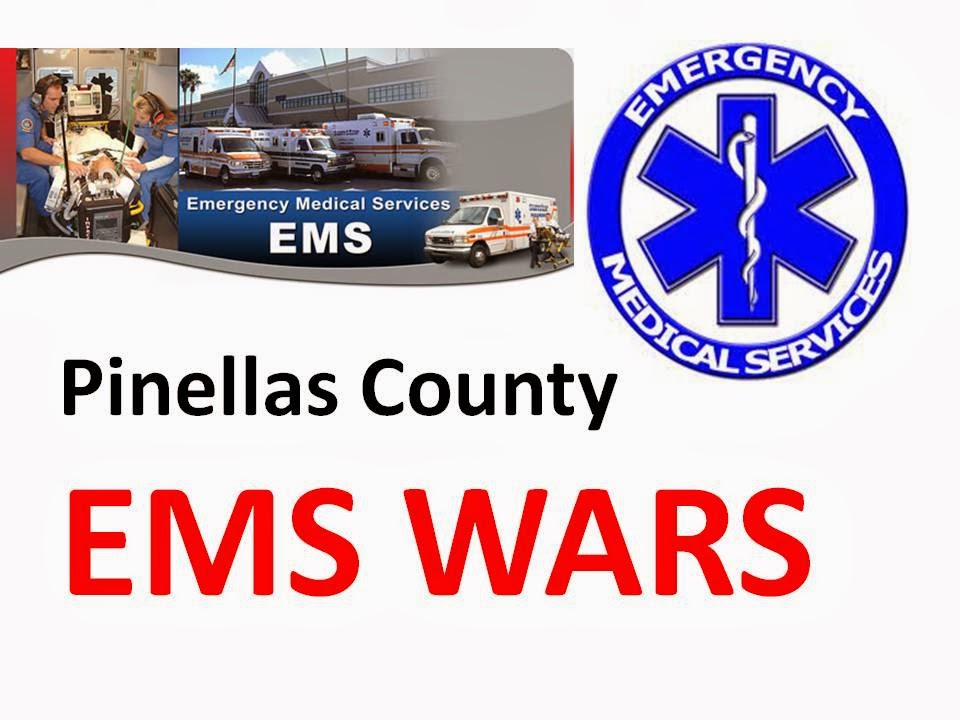 It looks like the EMS wars are heating up again. Check out Chris O'Donnell's article Pinellas considers cutting EMS funding In the St. Petersburg Tribune.

The County may be testing the new Kriseman Administration to see where they really stand.

Here is an e-mail from a reader with an opinion about the EMS service.

Dear Doc,
As you seem to get answers, so I thought I would ask you why the Mayor & Council are not saying anything about the Fire & EMS Department?  All we hear about is the Police Chief, Chase Procedures and Red Light Cameras.

When are they going to take a hard look at the excessive costs of primarily EMS within the City.  Let's all be honest with each other, we call it theSt. Petersburg Fire Department but is all reality it is the: St. Petersburg EMS Department that occasionally responds to a fire!  82% of all their calls are EMS!

Millions of taxpayer dollars are being wasted by the current EMS Operations with the use of Engines, Ladder Trucks, Squads and Rescue Units. The system is one of the most expensive in the U.S. and the taxpayers are oblivious to the money being wasted in St. Petersburg!  We have Sunstar Ambulances
and the Fire Department Engines & Ladder Trucks responding with multiple vehicles to EMS calls. WHY? Every EMS call has a minimum of 4 or 5 personnel responding when only 3 are needed, and we continue to just sit back and pay for it!

Hundreds of thousands of taxpayer dollars have been spent on studies at the County level. Firefighters & Paramedics have turned in proposals to the County Commissioners and they voted to change nothing!  Why? Good question! When millions and millions of dollars could be saved and the vote is to change nothing, something smells very "Fishy"!  Why hasn't St. Petersburg's Fire Chief addressed this critical issue?

There was an article published in the Tampa Bay Times Opinion section some time ago from the owner of a consulting firm in Oldsmar, FL. The article was published July 17, 2013 and titled:
Pinellas County EMS Study Money Wasted on EMS Service. The article was written by Clifford Lucido Principal/Partner of IERT Services. They are a well respected and nationally known Emergency Services Consulting firm. The article makes real good points and asks some hard questions.

Mr. Lucido is very outspoken about EMS and stated his suggested changes would save Pinellas County 50 to 60 Million annually!
Interestingly enough, Mr. Lucido has volunteered twice to be a Citizen Member of the Pinellas County EMS Advisory Council and has been turned down both times.  He also advised that he offered his consulting services to the County at no cost, as his business has been very successful and "he would like to give back to the place he started his career".  The County said "No Thanks!" and paid the most recent consultant $300,000.00 for their study and recommendations that were never implemented.